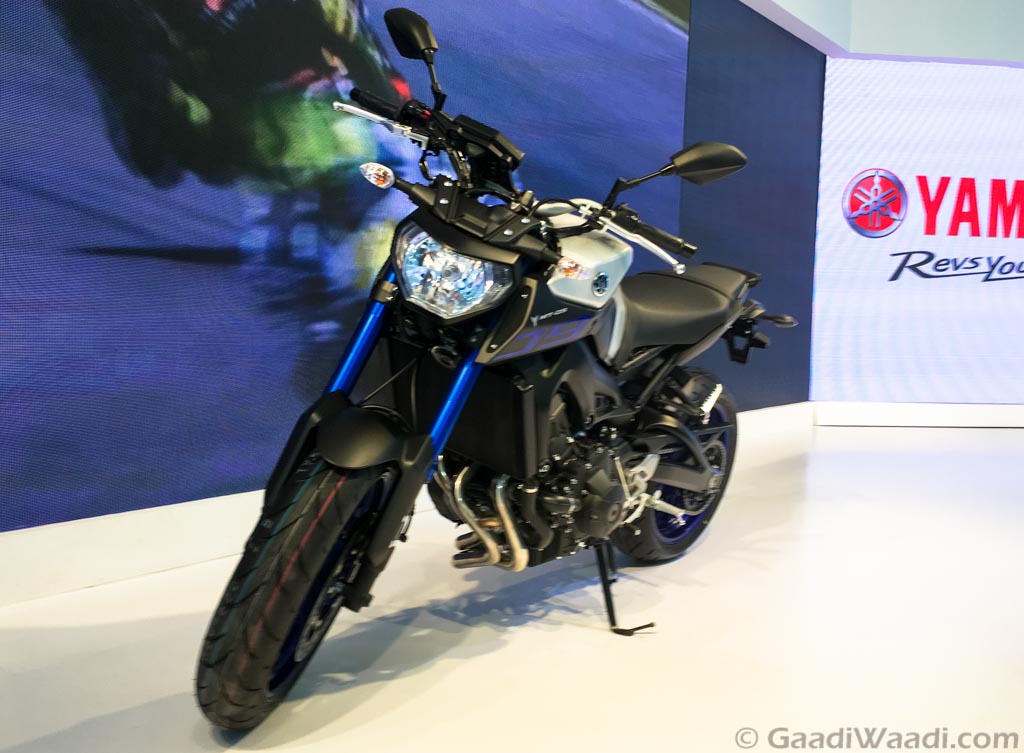 Yamaha is finally breaking its lazy streak in India and is launching products one after the other in the performance category. Right from the YZF-R3 to MT-09 we have seen it all in the country’s Auto Expo stall of the manufacturer. The brand is all set to launch the MT-10 later in the year or may be little higher in the timeline but it has done a great job of listening to the enthusiast.

The MT-09 is the most sophisticated motorcycle Yamaha has ever made post the cross-plane crankshaft equipped mighty R1. The unbalanced engine makes a lot of power and torque at the crank and does it in a very linear manner. The engine makes out 115 BHP of power and 88 Nm of torque. Since the engine is lighter and the overall motorcycle just stands at 188 kg, it is significantly lighter than its competition. MT-09 has a 3-cylinder instead of the usual inline four that others have. The unbalanced engine vibrations has been taken care by a balancer which sits in the front of the engine. The motorcycle comes with adjustable front USD forks, monoshock for preload and rebound on both parts. Ride by wire technology has been seen for three rider modes. There is a 120 section front tyre and the rear comes with a 180 section tyre. Yamaha has thrown a lot of quality component inside the motorcycle.

Things such as forged mount for the engine, the forged pillion and rider footpeg hanger, a lot of aluminum has been used all around. Since the engine is narrower, the chassis and the ergonomics have been crafted in such a way that the center of gravity is lower and hence the motorcycle is most to feel tighter, quicker and responsive across the range of the power band. Launched at a very attractive price of 10.2 lakh it has to be the most cheapest CBU motorcycle till date.