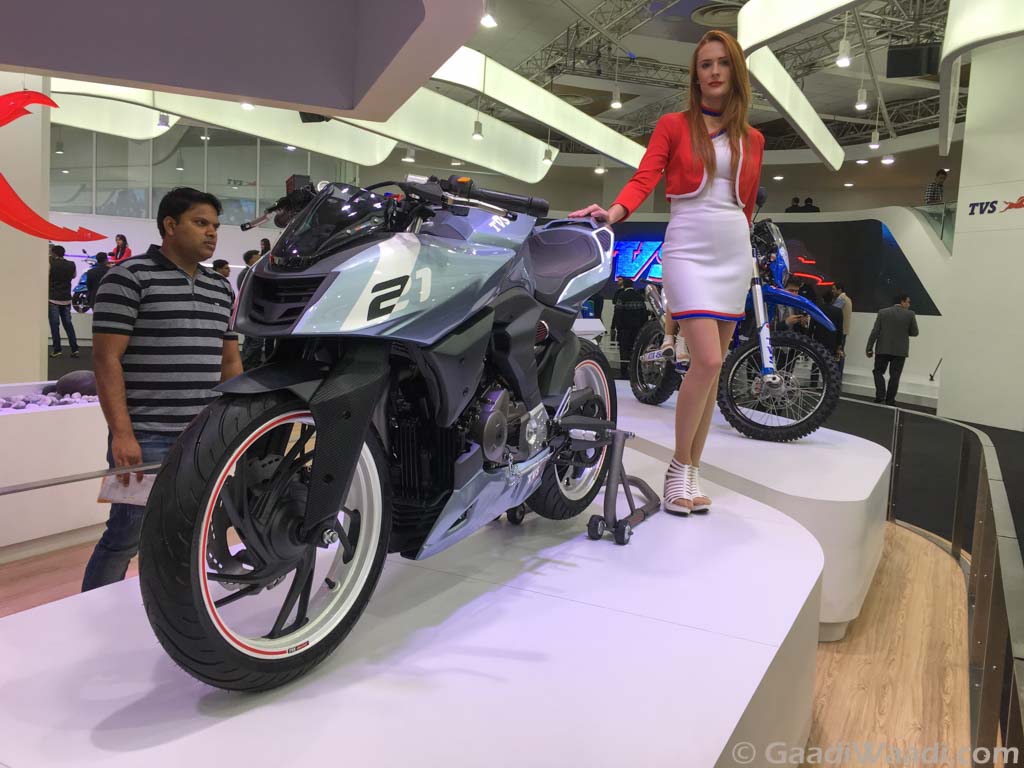 TVS is one of the few motorcycle manufacturers that take racing very seriously. The manufacturer is in racing for almost 11 years know, The company has been converting its street bikes into race bred motorcycles since quite some time know. This time around, after being done with the 180 and 160, it is time that the new Apache RTR 200 4V gets that treatment and its called the TVS X21. Presented at the Auto Expo 2016 this year, it has arrived in concept version. Yes, the much waited series of racing with the new TVS X21 is set to begin soon and we have been told this year itself.

First look at the TVS X21 tell us that the motorcycle looks even better the production version with this new paint scheme that the motorcycle has. The concept gets the headlight without the cowl and other things such as luxuries for the normal road riders have been removed for the racers for the track. The motorcycle is set to weigh around 125 kg and will produce almost 26-28 BHP of power or even more. On the outside we can see the motorcycle gets a FI system and also an open filter to make things louder. 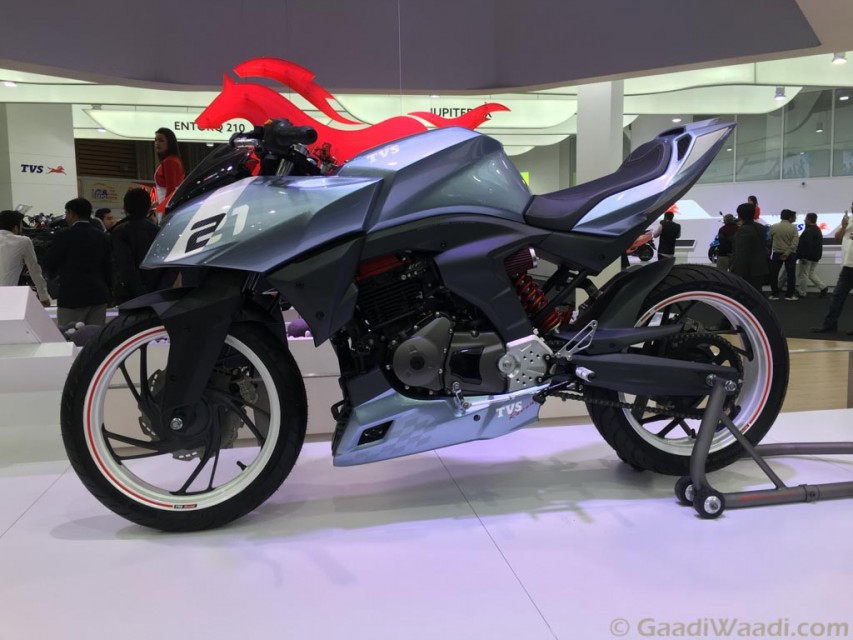 To amplify that even better the concept exhaust on the TVS X21 look great. The dual exhaust and despite that they are quite short and stubby shouldn’t disturb weight or performance. We can’t say if this will make it or not, but would love to see it though. 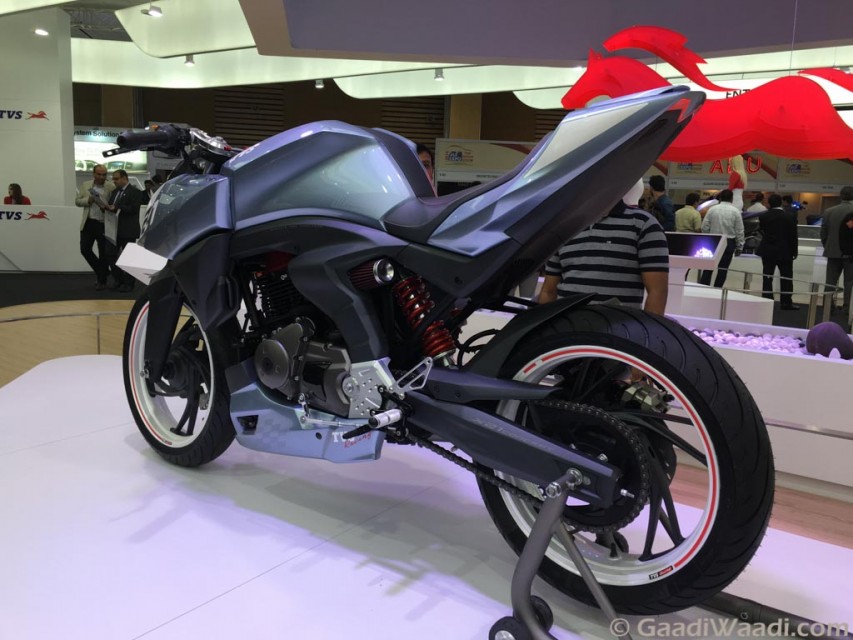 Expect the racing series to begin sometime sooner in the later half of the year or before the fiscal year begins. Speaking on the new Apache 200 that we just rode it is clearly the best Apache ever made with top notch quality, refinement and slightly more power on board. Race version amplifies that even more and will continue to thrill racers for sure with its exceptional ride and handling capabilities because the new motor, chassis and suspension have been finally beefed up. Racer’s delight on the way? No doubting that.