Mahindra’s head-turner, the XUV Aero coupe SUV concept, was showcased at the Auto Expo 2016 and it potentially previewed a flagship model positioned as the top-notch model in the pecking order above the XUV 500. Ever since, the country’s largest Utility Vehicle manufacturer, Mahindra and Mahindra, released a model sketch of its new SUV concept expectations rose high to witness the futuristic model in all flesh and bones and according to a recent report the working prototypes will soon be prepared as it gets the nod from the administration.

The concept boasts an aggressive stance with a shrinking roofline and has aerodynamically shaped silhouette to stand in-line with its ‘Aero’ moniker. It brings forth a coupe-ish outlook when viewed from the sides with its sharper lines in identical to the Mercedes GLE Coupe and BMW X6 M with an edgy rear. The front fascia is decorated with strong shoulder lines, flared wheel arches with cuts and creases extending to the back in an uppish angle. 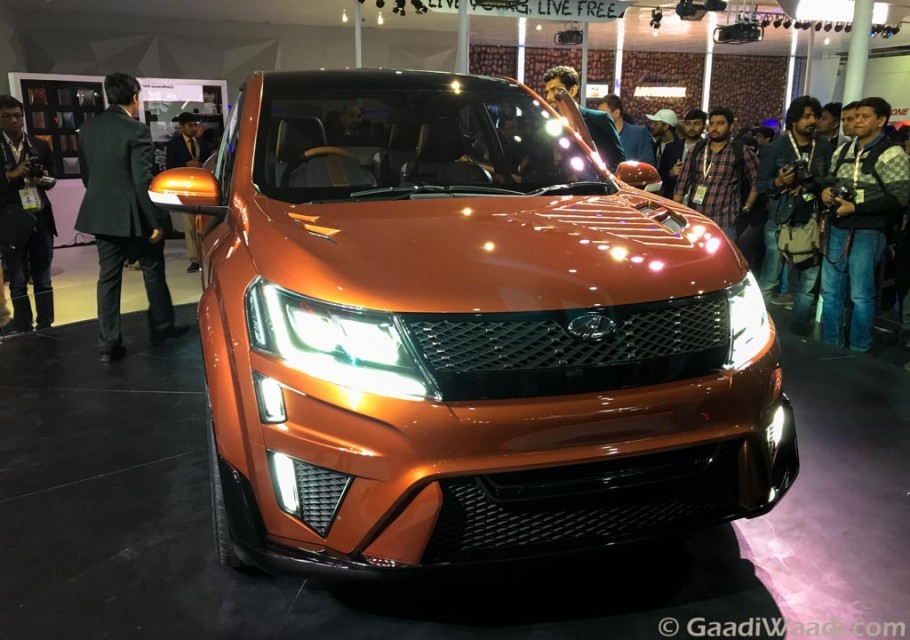 The bumpers are equally imposing with wider windshield up front and horizontal tail lamps sheltered ahead of the various edges at the rear-end. A decked rear diffuser beckons for the lower ride height of the Aero Coupe SUV concept and will further provide substantial downforce from by regulating the underbody airflow.

Created by Indian designers, the Aero concept offers a sneak-peak into the company’s future in-car connectivity. A design studio has been set up to offer general public some glimpses of what goes behind the design philosophy of the SUV concept. The engine powering the concept could be the one about to be used for the facelifted XUV 500 with a more powerful 2.2-litre four-cylinder turbocharged mHawk CRDe diesel motor making out 170 hp of maximum power output and 350-360 Nm of peak torque.

The engine could be mated to either a six speed manual or six-speed auto ‘box driving front wheels or optional 4WD drive system. Mahindra’s recently launched and downsized 1.99-litre mHawk unit for Delhi-NCR could be the powertrain equipped in the production version of the XUV Aero Coupe SUV Concept in the future. Moreover, the presence of an all-electric drivetrain refuses to go away as well.