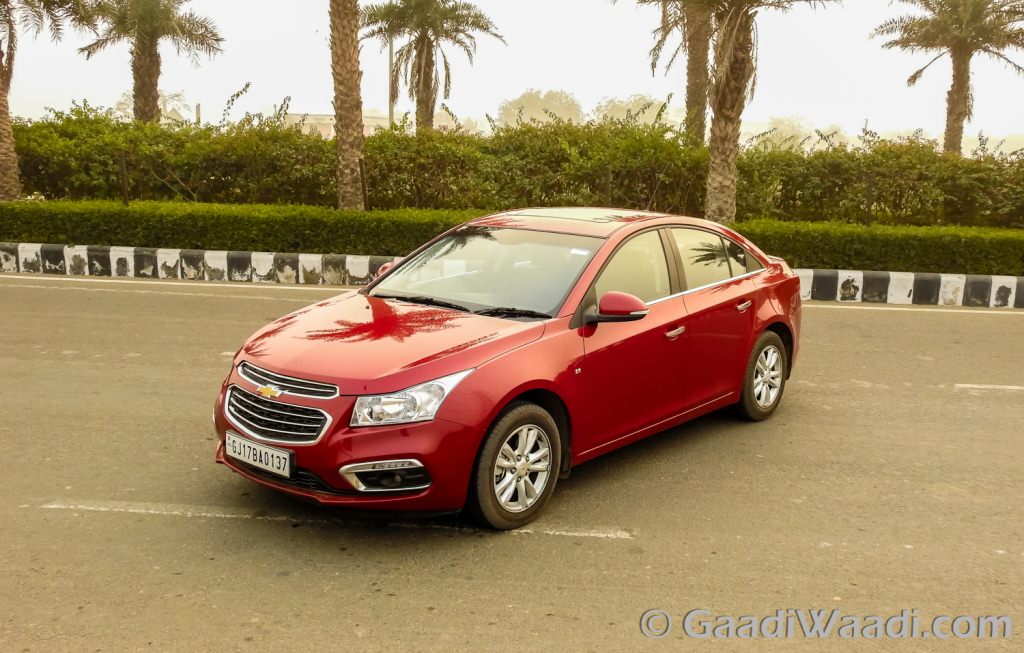 2016 Chevrolet Cruze launched in India, continues to come at an attractive price tag and maintains value and performance trait that it offers always

Chevrolet in India is launching refreshed models every year in the country. The Cruze got a change in the year 2015 and this time in 2016 too it had a minor facelift to keep things going. Cruze in this shape and size has been doing really well for the company. The muscle car looks, the powerful engine and value for money package continues to be strong.

Exterior styling continues to be typical muscle car looks that it had since day one. Car does not get any headlight or tail-light change which is shocking. However, the front headlight get LED along with projector fog lamps. Rear boot gets a lip spoiler. The front grille has also got more chrome on the slats to up the appeal. The side profile remains the same as the alloy wheels continue to be the same of the past. We have already driven the car, read our review here 2016 Cruze Review