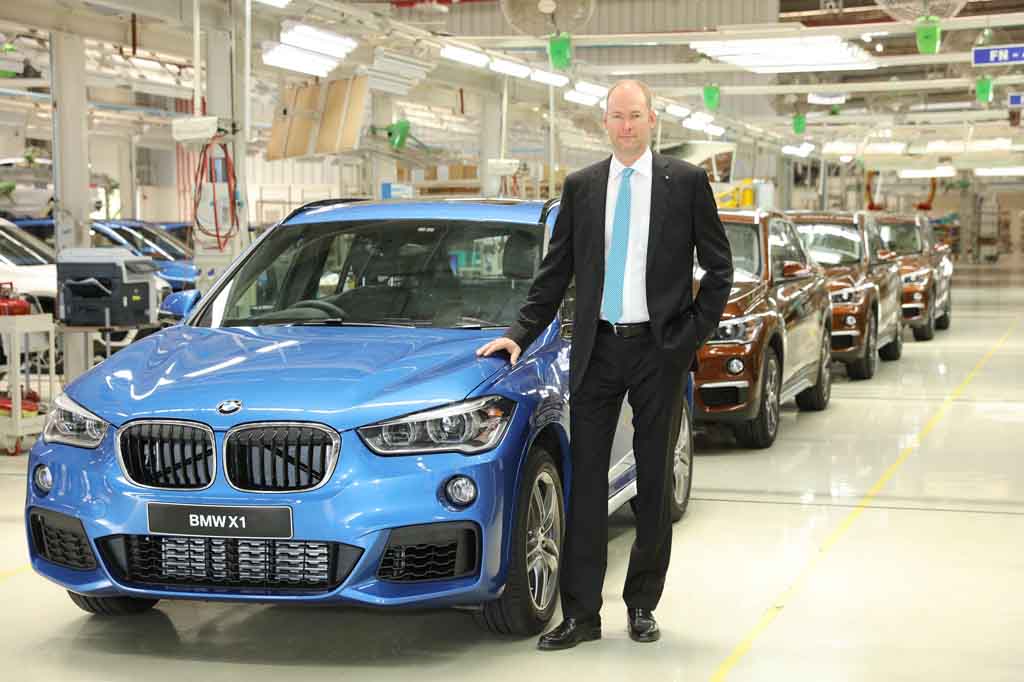 The BMW plant near Chennai today rolled out the second generation of X1 SUV, which was unveiled at the 2016 New Delhi Auto Expo earlier this year in February. The beefy looking SUV comes bigger, more muscular and bolder. Available in three different trims, which are xpedition, xLine and the top end performance oriented M Sport. Price of the second generation BMW X1 starts at Rs. 29.9 lakh (ex showroom, pan India).

X1 is the smallest SUV in the BMW’s stable, which was first introduced in 2009. Since then the car haven’t received any major update. The second generation model 2016BMW X1 features an extra 53 mm of height, which makes it taller than the previous version. The wheelbase has been increased by 90 mm and the boot space has been enhanced to afford an extra 85 litres of space. Altogether these enhancements capacitate the car with an extra 37 mm of leg space for the occupants offering a more comfortable journey. The car comes 135 kilogram lighter than the previous model.

Cosmetically the 2016 BMX X1 has several changes at exterior, which include LED headlamps, revamped BMW signature kidney grille and revised front bumper up front. Design wise the new X1 looks more muscular which makes it appealing. Inside the cabin the changes include in the connectivity and safety features.

2016 BMW X1 gets two petrol and three diesel engine options. In India the car has been launched in diesel variant initially, while the petrol version is expected to come later this year. Under the hood of the diesel variant duty is done by a 2.0 litre TwinPower turbo diesel engine from BMW’s latest engine family, which churns out 190 PS of peak power and 400 Nm of peak torque. In the xpedition and xLine variant the engine helps the car to accelerate 0 – 100 kmph in 7.8 seconds, while the top end M Sport trim takes 7 seconds to reach the same mark.