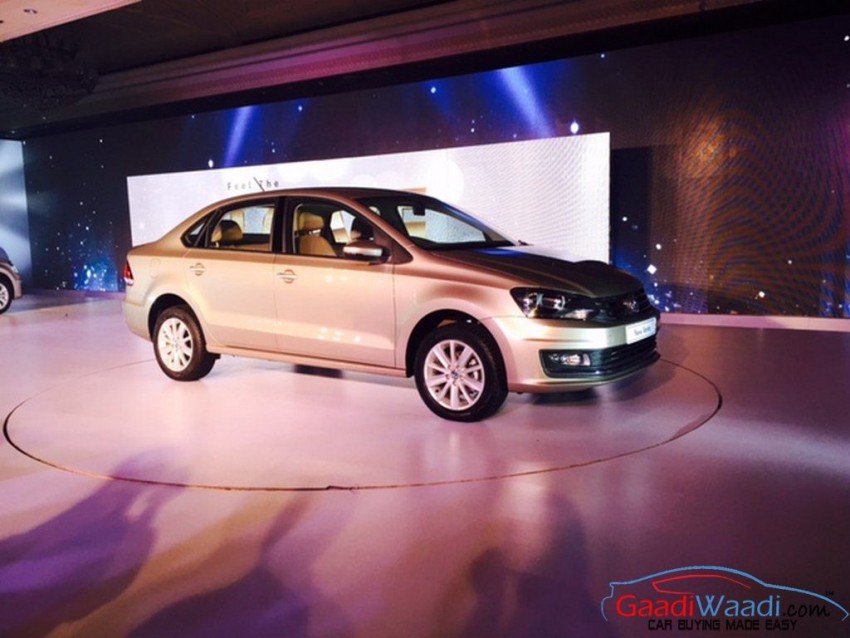 Year 2015 witnesses yet another facelift of the Volkswagen Vento

Volkswagen is famous for launching engine variants and facelift for its bread and butter models called the Polo and Vento every year. Last year we saw the 1.5 Diesel with automatic come in despite no significant exterior or interior updates. Now we are about to see the same mechanical with updates to the interior and exterior. Two slat grill is now a three slat one and rear gets not one but two chrome strips. One on boot lid and one the bumper. This dual chrome strip was seen sometime before on a special limited edition launched by Volkswagen. Headlights are now smoked and tail-lights have this disco theme on them and with the addition of LED they do look cool. A new set of alloy wheels is also seen on the face-lifted Volkswagen Vento. 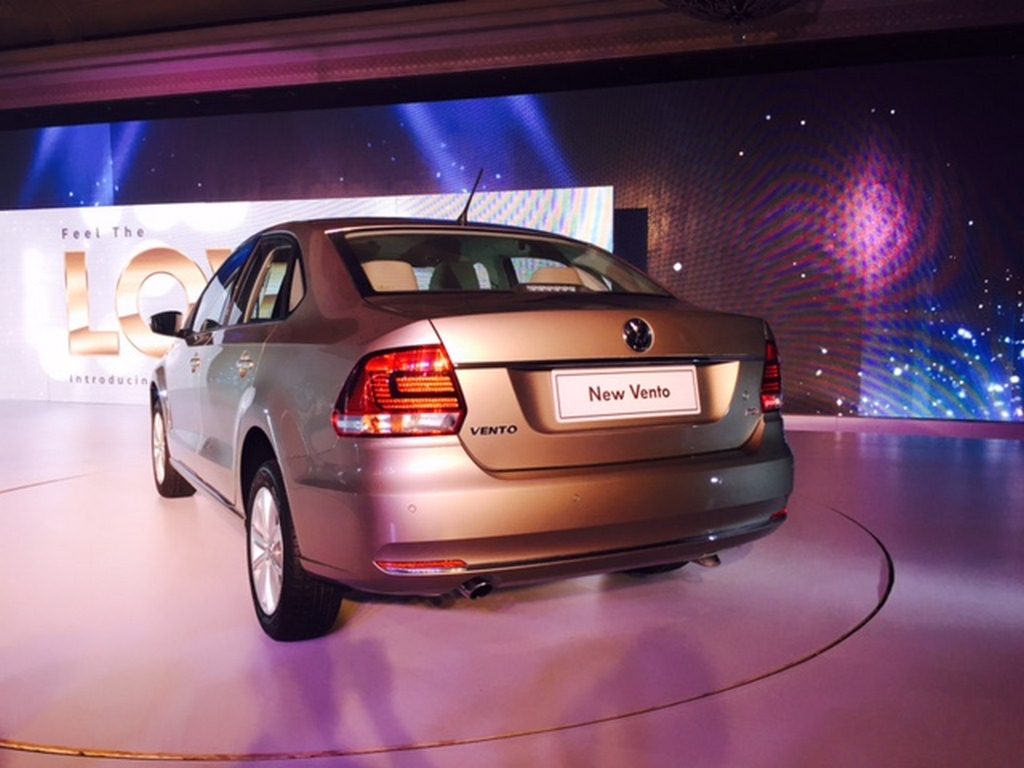 Interiors main point is the awesome looking flat-bottom steering wheel remains the same and center console surrounds are aluminum finished panels which could be either piano black or wood to suit the taste of masses better than what it is right now. Volkswagen has added features like cruise control, ESP, soft touch boot release, cornering lights, electrically retracting rearview mirrors, cooled glovebox and a dead pedal are added in the Vento now. Safety wise Volkswagen makes an impressive buying giving dual airbags and ABS standard on all variants. 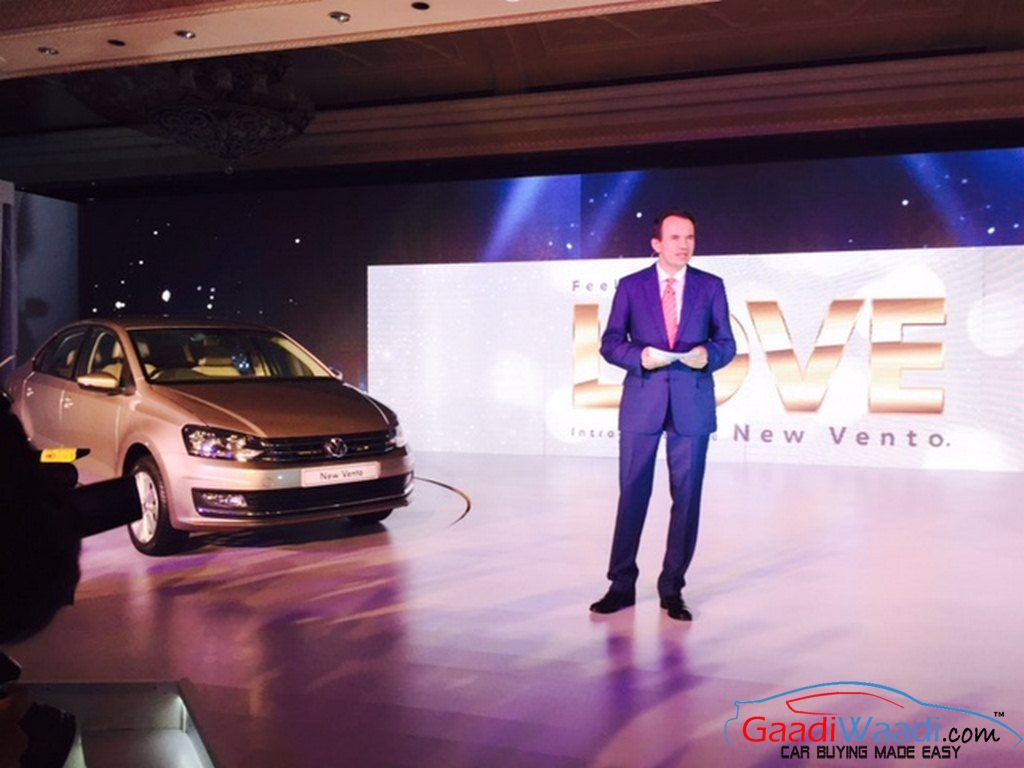 Mechanically every engine remains the same, but now the face-lifted Volkswagen Vento gets 1.2 TSI turbo motor from the Polo with an automatic gearbox. Strange part is that the 1.6 naturally aspirated engine with automatic and manual gearbox is still available. The 1.5 Diesel now gets a manual option now. Volkswagen says they have increased mileage on each and every engine by a huge margin. 1.6 Petrol manual now returns 16.09 km/l from the previous 15.04 km/l. 1.2 Turbo Petrol now gets 18.19 km/l instead of 16.93 km/l. 1.5 Diesel manual gets 20.4 km/l instead of 20.34 km/l and the 1.5 Diesel Automatic gets 21.50 km/l instead of 21.21 km/l. 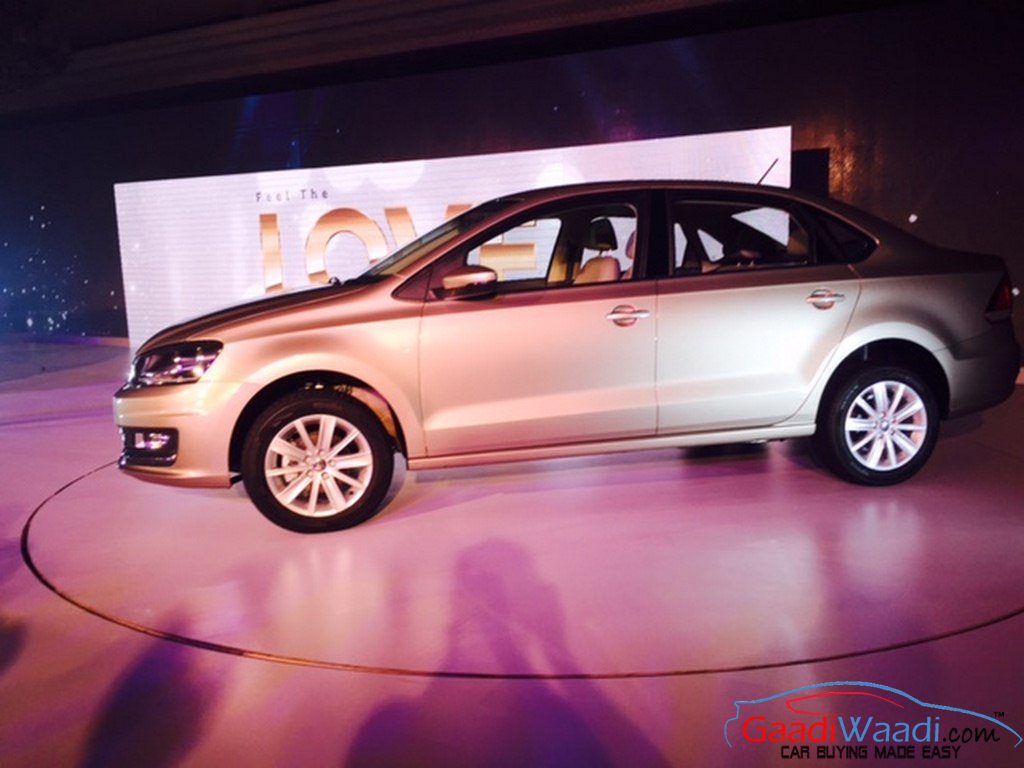 All these minor updates do make it a reason enough to make it a facelift and launch it in India, but it’s time to get a brand new model to boost sales by as design which does not get dated but people are still looking for something new. Compact sedan variant is on its way which should bump Volkswagen sales by miles, but for now Volkswagen Vento makes a good case for itself against established competition. The only area Volkswagen should pay attention is servicing cost and after sales experience nationwide.