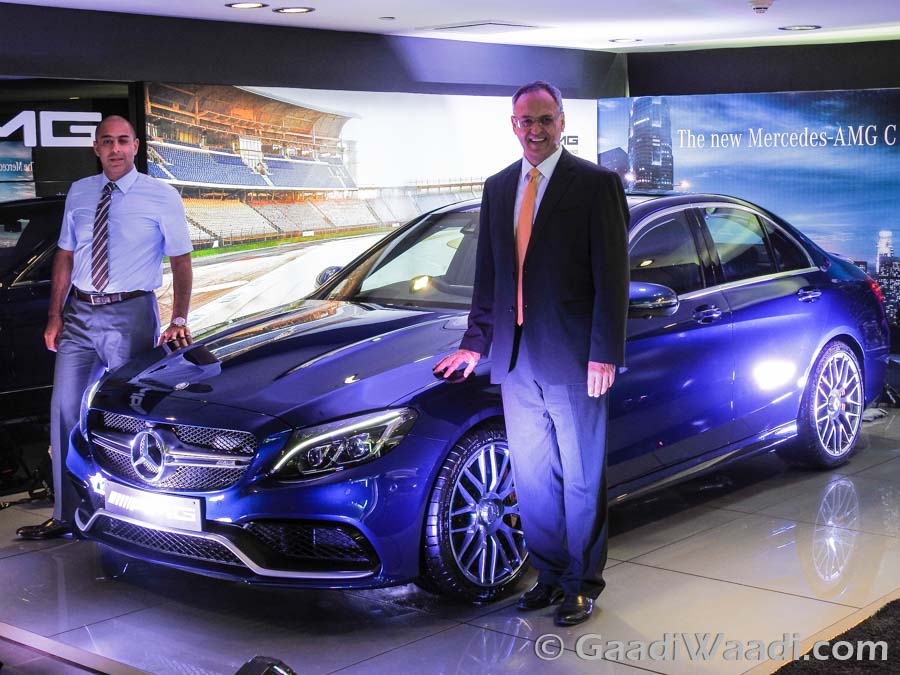 Mercedes has gone haywire in the country. It continues to bring AMG models into the country one after the other. This, for the record is the 10’th AMG machine from the German car maker.

Yes, the 2015 Mercedes-AMG C63 S is not the final AMG car to come to India also as there are more cars to come in from the Mercedes-Benz. As of now we tell you what are the changes between the normal C-Class we tested some time back and this sleeping monster in disguise 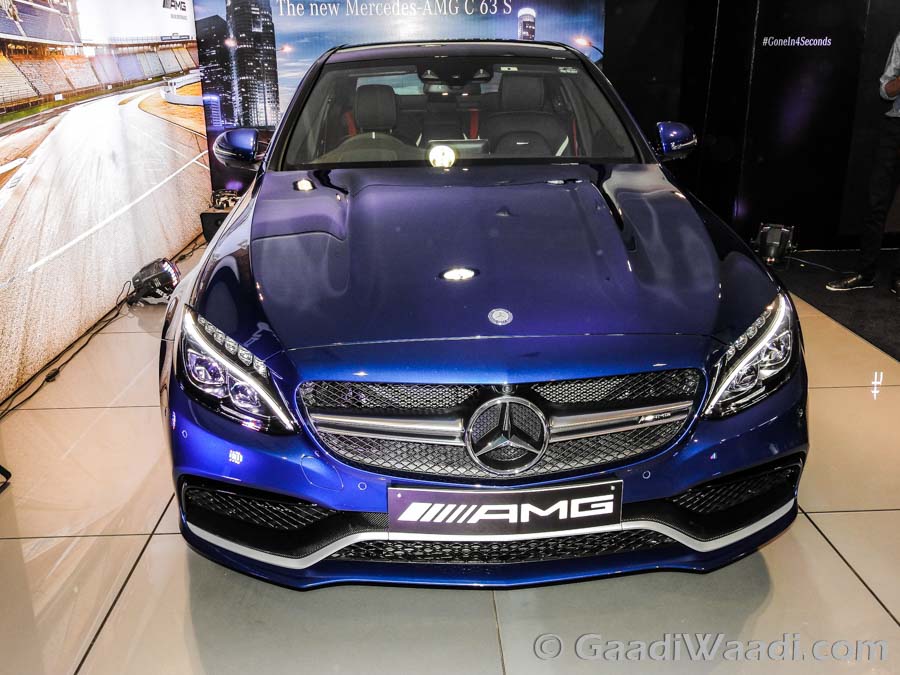 Cosmetically, the 2015 Mercedes-AMG C63 S bumpers are different on the front and rear as they are bigger. Front bumper has a huge air dam to help breathe massive engine better. There are purposeful 19-inch wheels instead of 17-inch over the standard C-Class which look menacing. Big rotors and brake calipers are also instantly visible. Side skirts are stuck on the car which are made of carbon fibre. V8 Bi-Turbo badging on the side fender of the car is also something traditionally AMG. Interior differences include carbon fibre center console and a new steering wheel and AMG specific instrument dials. You also get sporty pedals while the rest of the cabin remains the same. 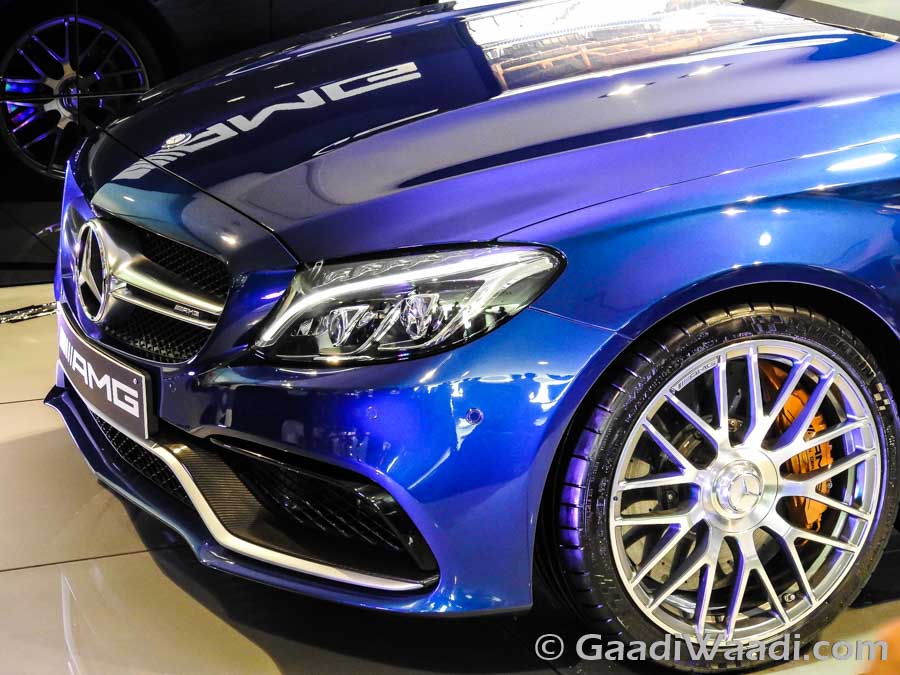 Mechanically, is where the 2015 Mercedes-AMG C63 S shines as it gets a 4.0-litre twin-turbo V8 engine that produces 503 BHP of power and 700 Nm of torque The 0-100 km/hr takes just 4 seconds and that puts in the sports car territory. The C63 S makes a lot of power over its competition from the likes of the BMW M3 and M4. 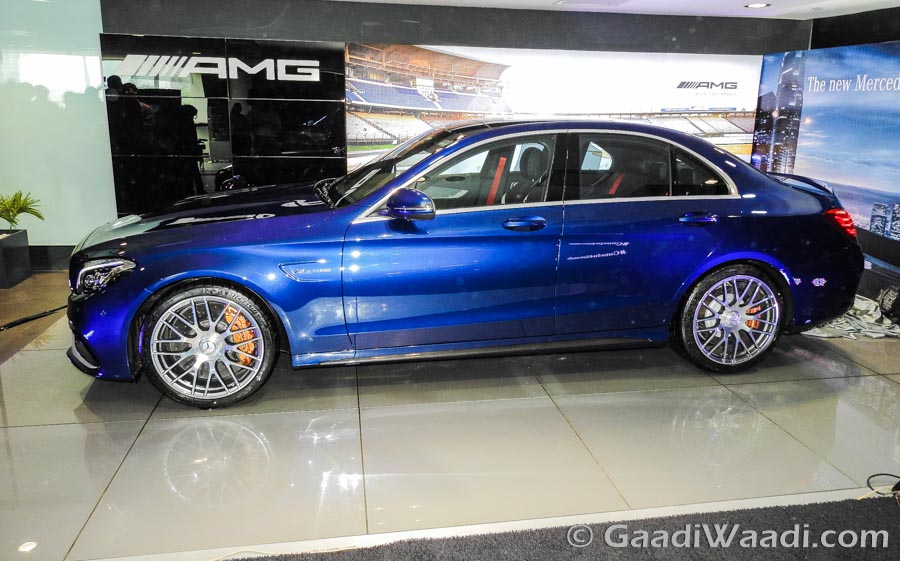 Internationally the difference in cost is huge but here it the 2015 Mercedes-AMG C63 S is cheaper by 5-7 lakhs ex-showroom Delhi. Expect more car launches from Mercedes in India as it wants to keep its number position as the competition does keep doing the same when it comes to launching products. 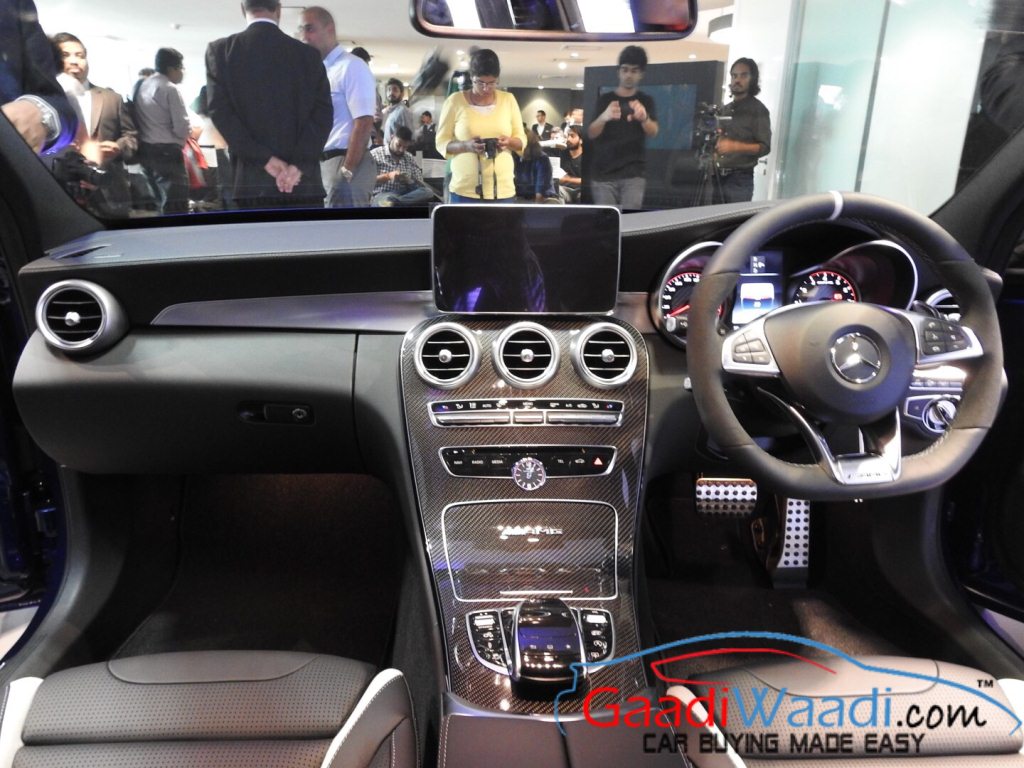