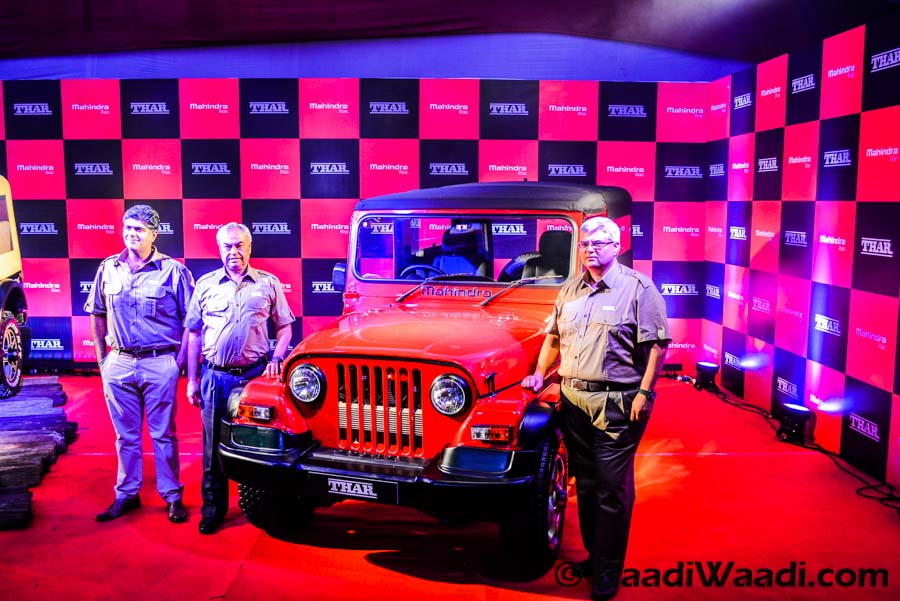 Mahindra & Mahindra launched the first major facelift of their all terrain compact SUV ‘THAR’ with some must required features. 2015 Mahindra Thar gets all new makeover as the Mahindra designer’s payed very much attention especially on the interiors. With the 2015 Thar, Mahindra has provided an option for automobile enthusiasts who have budget of a hatchback but needs a vehicle with SUV capabilities, high quality interiors, comfortable seats, Air condition and needs a provision to add a music system of there choice.

Mahindra had taken feedback from there existing owner’s of Thar and came out with changes in the facelift version. The new mechanical locking rear differential is one of the suggestion that Mahindra received from the existing buyers and without any further delay, they added this feature in facelift. “Since its launch, the Thar has been the face of our tough and rugged DNA, a continuation of our legacy and what Mahindra stands for. Today as we launch the new avatar of this ever popular off-roader, the effort has been to enhance the appeal of a brand that is already a cult. Increasingly consumer are looking for a different lifestyle as they seek an adventure and fun experience and the Thar is the perfect companion for such thrill seekers. I am confident that in its new avatar, the Thar CRDe will not only continue to be ever popular among off-road enthusiasts but significantly widen its appeal amongst a whole new set of consumers”