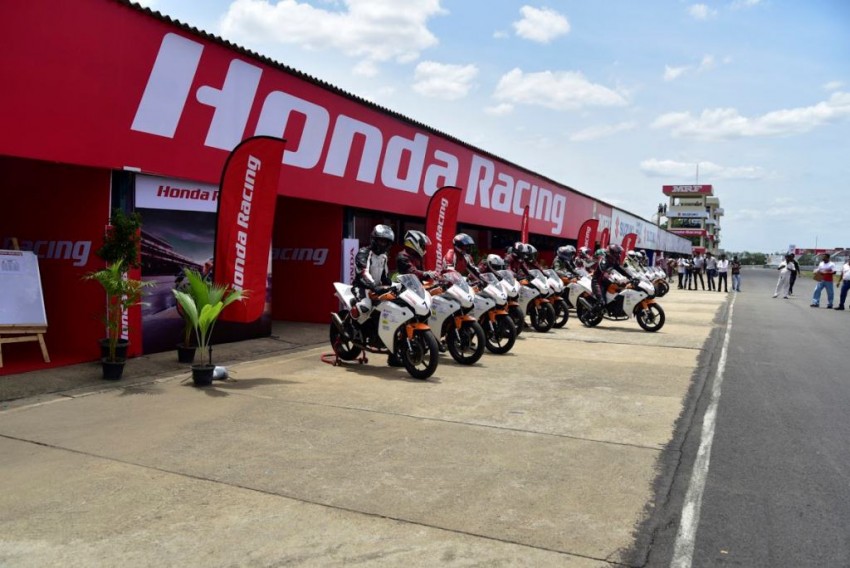 Motorsport is catching up the pace like any other sport in the country. Honda and Yamaha having been doing and even Suzuki has also joined in the race. All of this day today see’s Honda finishing 8 years in One Make Race championship. HOMR came in the year 2008, the Honda One Make Race continues to grow while drawing a total of 319 entries in 2014 from biking enthusiasts converging from around the country which includes riders coming far corners of the country.

Total 41 entries in first round of Honda One Make Race in CBR 150R Novice Category Round-1. Winners for the round one were Kishoar VS (1st) followed by Piyush Ranjan (2nd) and Aravind B. (3rd). This time around new season sees an introduction of new engine in CBR 250 R category. That race has seen winners like Sumit Toppo (1st), followed by Sarath Kumar (2nd), Sethu Rajiv (3rd). 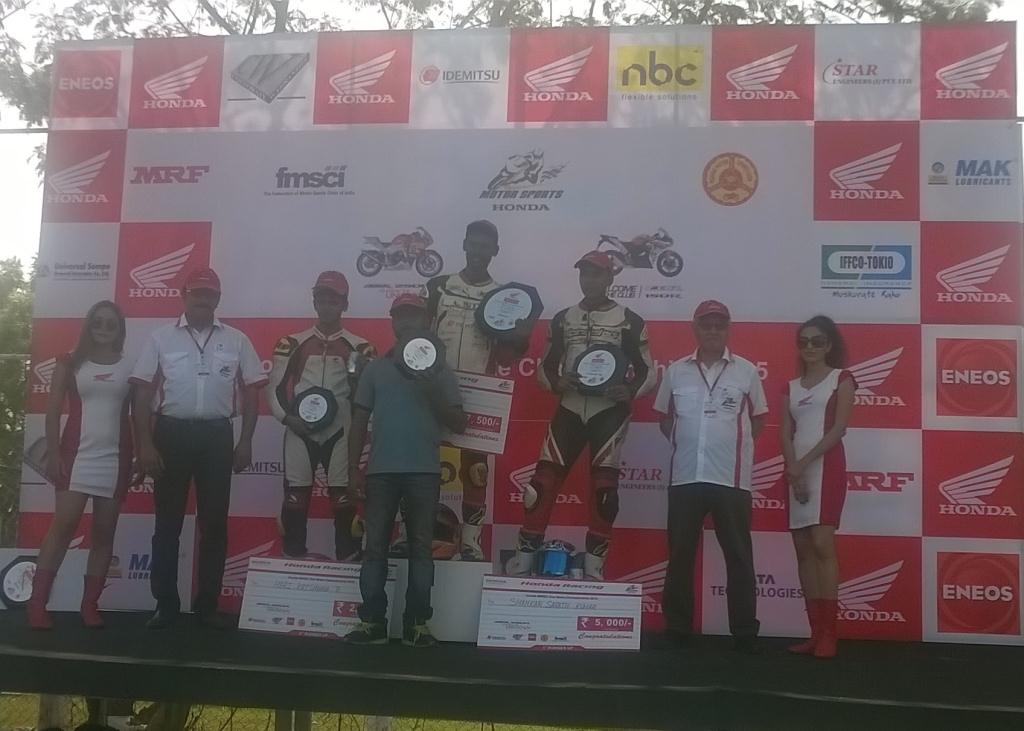 CBR 250R round saw modifications allowed. Excluding the engine, chassis and tires of CBR 250R and enable permitted performance enhancing modifications to the vehicle. Honda continued to support participation of teams with original spare parts worth Rs. 10,000 and set of tyres replacement per round. Round 1 saw newcomer Mahesh Mural & Piyush Rajan take the win in the Honda CBR 150 Novice category. The second round saw Mathana Kumar and Hari Krishnan winning second and third positions respectively in Group C of the 165cc category. Meanwhile, Sarath Kumar finished in third position. 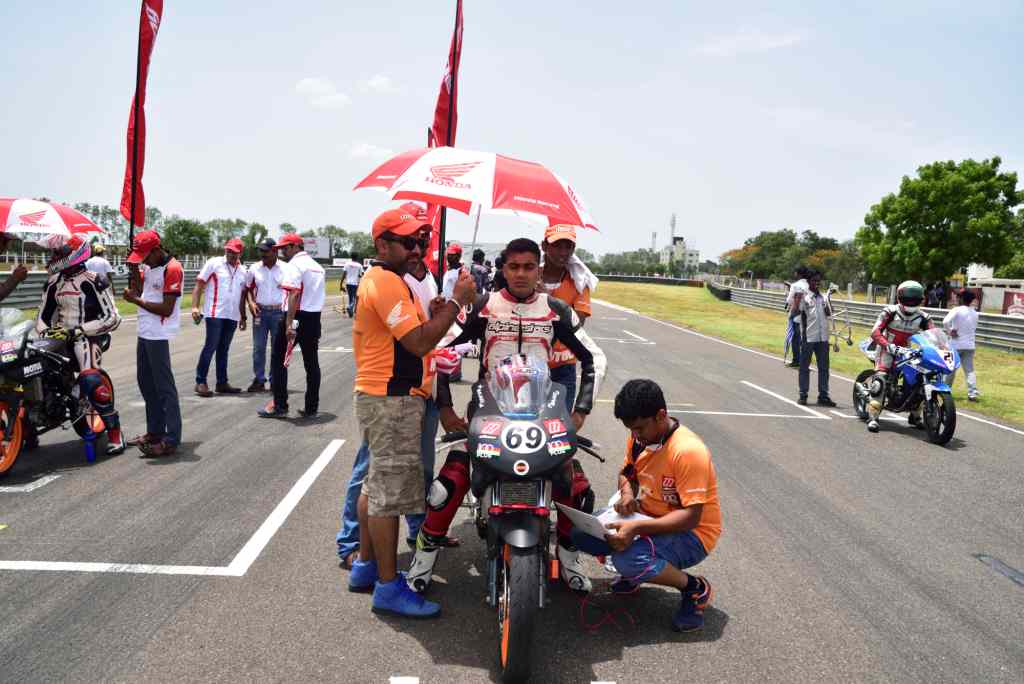 The finale of 2015 Honda One Make Race Round 2- CBR 150 R Championship Novice category, Kishoar VS from Coimbatore’s surprise won with best lap time with 1:15.531 time. Piyush Ranjan from Patna came close with his best lap time of 1:16.050 and finally Aravind B from Chennai, Best Lap time was a 1:15.507 and they won second and third positions respectively. Sethu Rajiv, a student of the Honda Ten10 Racing Academy ended up finishing at second position in CBR250R open category with competing with Sarath Kumar. 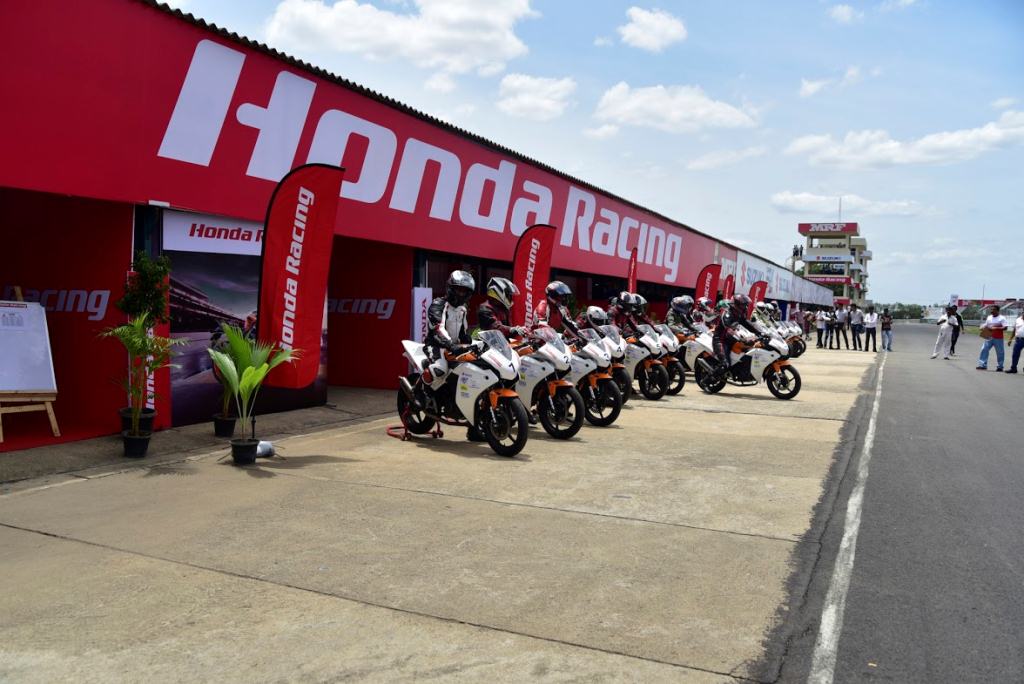 2015 Honda One Make Race Round 2 of the CBR 250 R championship saw Sumit Locus Toppo finishing the race with best lap time 2:02.983 while closely competing with Sarath Kumar yet again with a best lap time 2:05.209. Meanwhile Hari Krishnan R had best lap time of 2:06.133 and he also won the second position. HOMR makes sure India riders get international exposure through The Asia Dream Cup that is the brain-child of Honda Motor Company, Japan. Already From India, Honda has sponsored three riders – Mr. Sethu Rajiv, Mr. Hari Krishnan and Mr. Sarath Kumar. Till now 3 out of the 6 rounds have been conducted at Malaysia, Indonesia and Japan. Godspeed to motor racing is all we need to say!