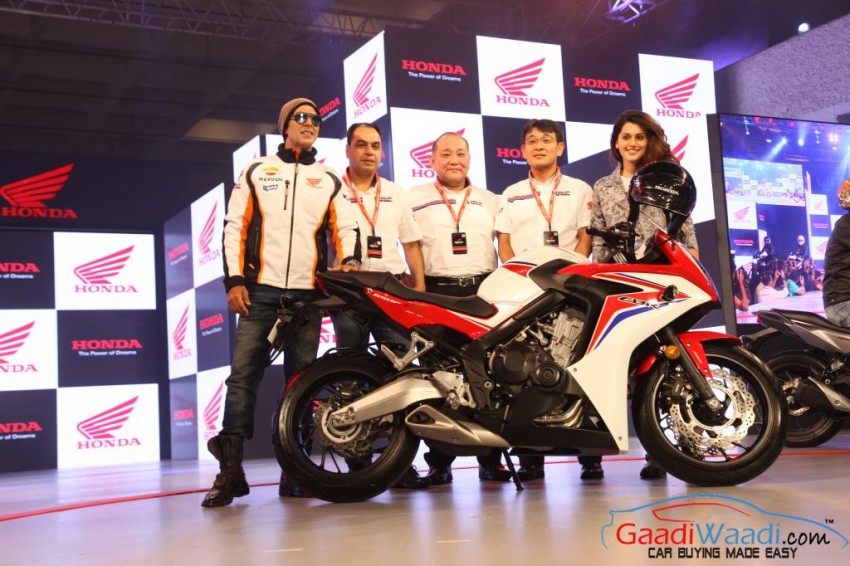 2015 Honda CBR 650F comes at 7.3 lakhs ex-showroom Delhi with standard ABS, seems a good deal if the competition did not exist

Fellow in-line four lovers rejoice. Fairing lover too. Honda has finally launched the 2015 Honda CBR 650F. After teasing almost two years after and just before another Auto Expo we finally have the bike that we can see and touch. 2015 Honda CBR 650F comes from Honda as a premium offering in the highly competitive middle weight segment. A segment which is entry level segment for rest of the world while for most of us here, it will the second big step towards motorcycling after upgrading from our quarter litre motorcycles. 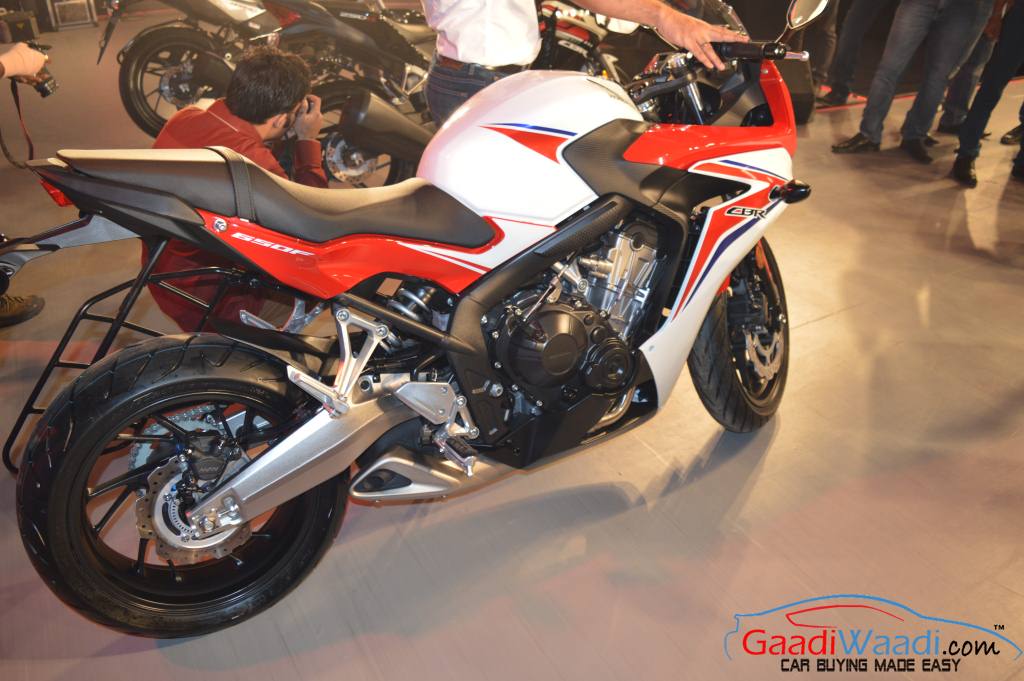 2015 Honda CBR 650F will be available on exclusive sales-service shop-in-shop network of ‘Wing World’ dealerships across 12 cities. On the look of it, the 2015 Honda CBR 650F does look like a substantial motorcycle with mass centralization being the key aspect the moment you look at its very centered vehicle when it comes the accumulating the masses. 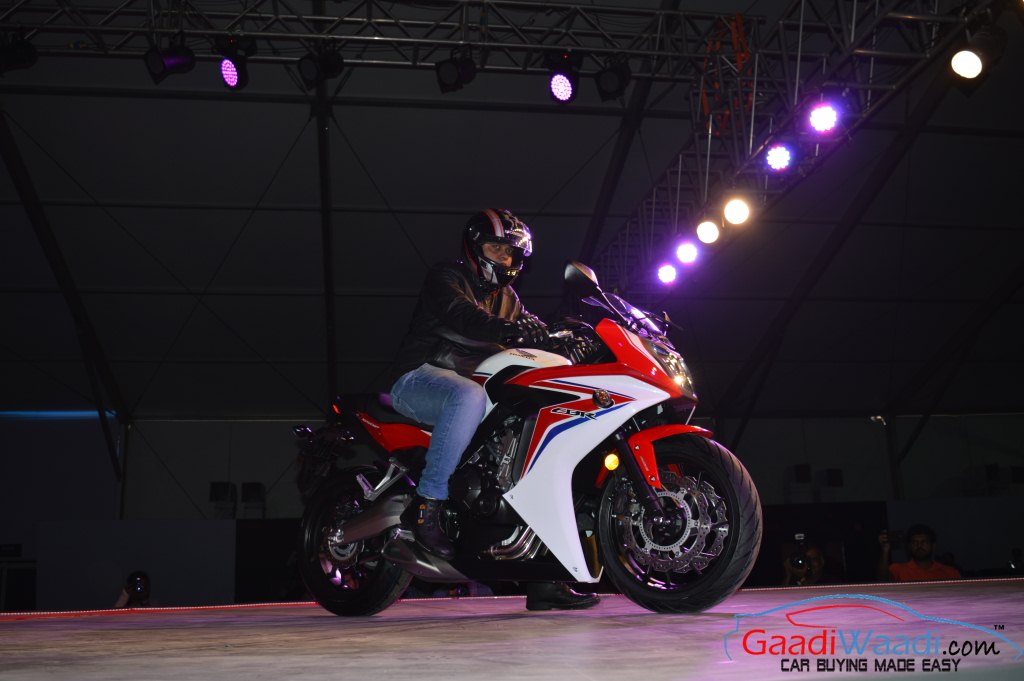 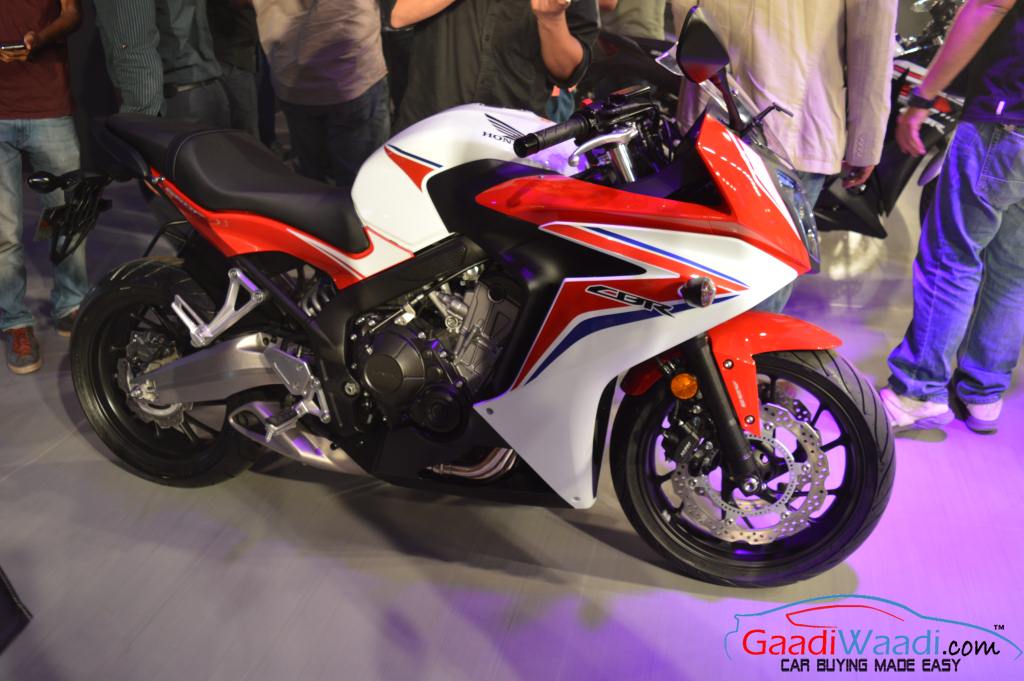 2015 Honda CBR 650F will produce 86.98 PS of power and 63 Nm of torque from its 649cc engine. Putting this power down to the rear wheel is the 6-speed gearbox. The 2015 Honda CBR 650F has a 4-2-1 exhaust system which makes whole system lighter and yet delivering emission which pass government norms. 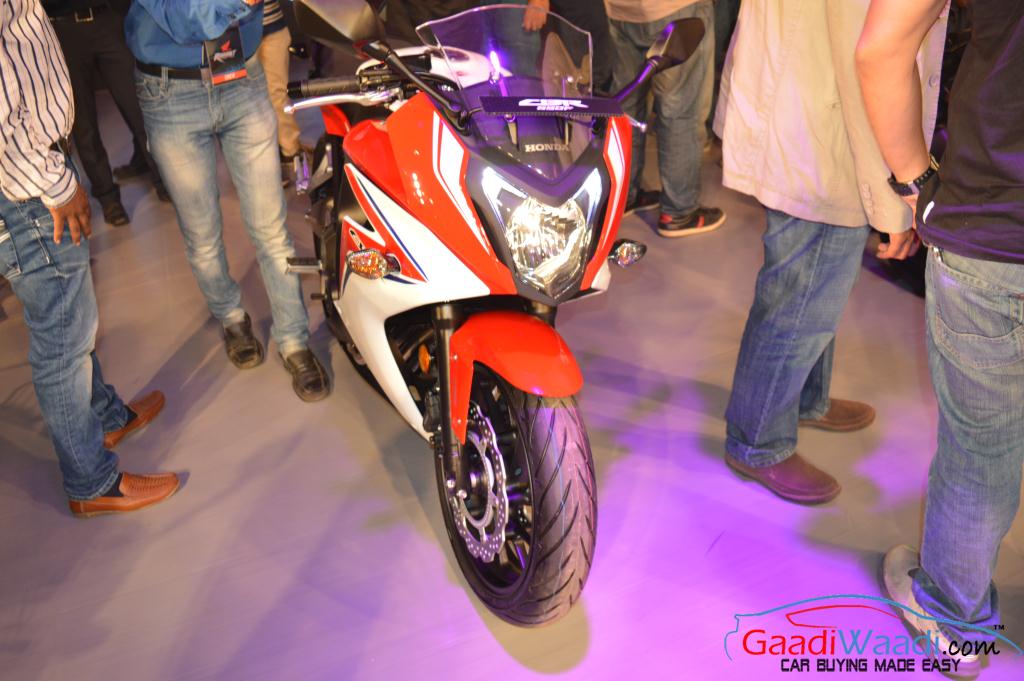 The bike has H.I.S.S which is basically an engine immobilizer which prevents theft of the vehicle. 120 mm tyres at the front and 180mm tyres are slapped on two multi spoke alloy wheels for aesthetic purposes as well as good dynamics. Wait for the full test that should happen some time soon.