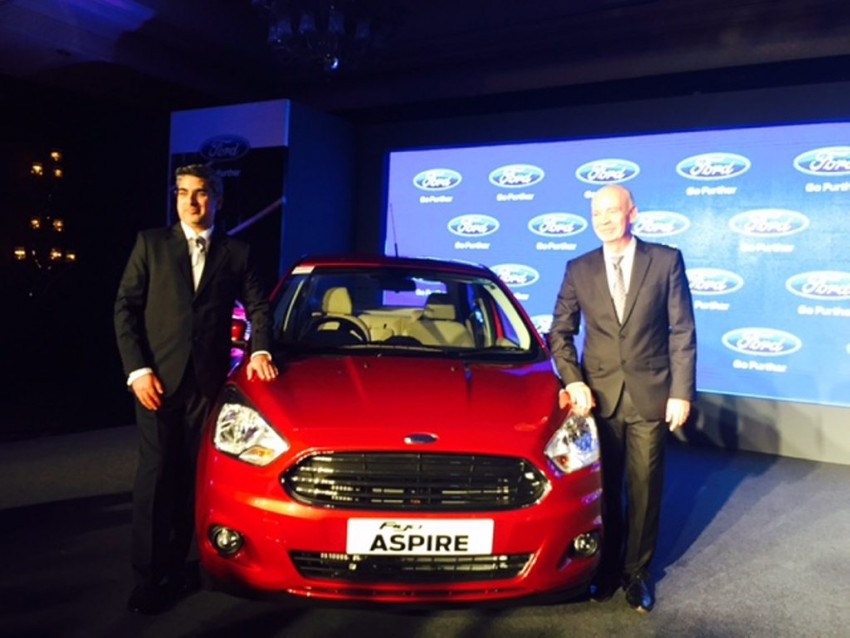 2015 Ford Figo Aspire has been priced competitively for the base variants and automatic petrol, competition should be worried

Ford India has finally launched the Figo Aspire here in India today. The 2015 Ford Figo Aspire comes to the highly competitive segment in the market where the balance of everything is absolutely key.

Ford has made sure everything fall in the segment which includes top-notch safety and in every particular way along with features that delight customers. Also Read: 2016 Ford Figo Spied Inside Out, Aspire Yet To Be Launched 6 Airbags also come on the top optional variant which is segment. Personalized warranty, is something extremely new and is being offered at your dealerships. Child parts are 800 over 200 which the old Figo had when it is launched. Dealership and service centers are double since the original Figo was launched. The figures stand around 400 odd. Ford will be launching the 2015 Figo hatch in India just before the Festive season along with the all new Ford Endeavour. Both these cars are all new and replace very highly acclaimed vehicles of the past. Looks like the best is all set to climb the ladder even more. Ford pricing is spot on with the compact sedan and under cuts the competition by a good margin. Surprising part is the automatic seems to be the best deal of the lot with world best gearbox under the hood only in one variant at this pricing seems a total steal. Needless to say rest of the variants are priced well too.