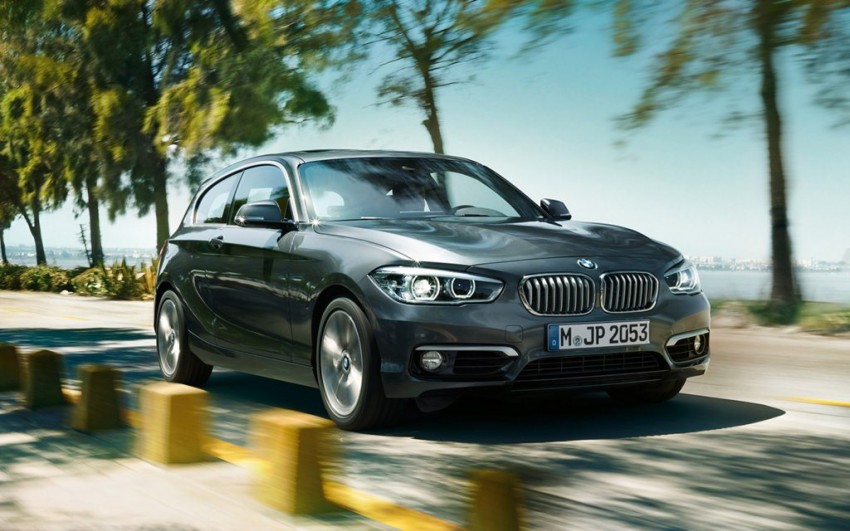 2015 BMW 1-Series LCI comes with revised front and rear-end’s along with new infotainment, interior bits refreshed to keep it going

BMW India has silently launched the LCI (Life Cycle Impulse) in the country to keep the sales going of the highly entertaining 1-series. BMW has not gaining market when it comes to sales performance due to continuous launching from the likes of Audi and Mercedes, which are launching products almost every month since the last 10 months.

BMW has a lot of affordable luxury cars coming up and will be launched next year in India, which is basically the new X1 and a 1-Series sedan and this year is also the launch of the LCI 3-Series that is coming soon. 2015 BMW 1-Series LCI was showcased couple of months back at home base and it was praised for its fantastic LED tail-lights at the rear. However, there are more changes such as re-designed headlights and grill. Front and rear bumpers also have cosmetic changes to make the car look fresh at first sight. New alloy wheels add flair to the side profile, which continues to look identical since day one. Coming to the interior you can see matt-finish silver piece on the top of the A/C vents and the glovebox along with piano black finish ,which is also available as an option. There are strips of color (blue in this case, there are options available) run all way through the dashboard to add to the sporty appeal first see on the new 3-Series. There is new fabric used on the door pads and the seat fabric is new too. Single zone climate control is now standard and dual zone is available as an option. Features wise everything remains the same. Mechanically and trim wise the biggest change is that BMW is only offering one trim in India, which is the 118D Sportline trim. The retuned 2.0 diesel engine gets 148 BHP now and continues to have 320 Nm of torque. Power is transmitted to the rear wheels on this hatchback via a slick shifting 8-speed ZF gearbox. The one and only trim of the 1-series is priced at 29.9 lakhs and comes with lots of options to choose from.