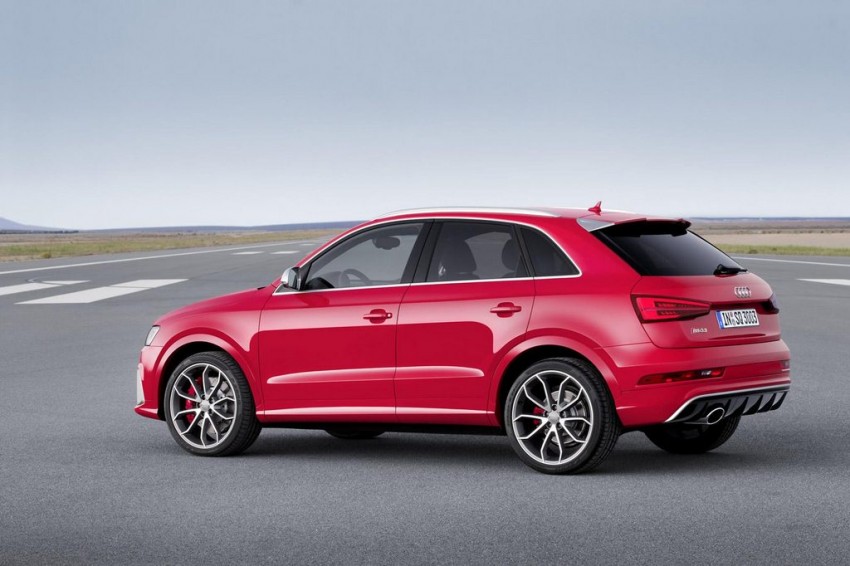 Audi has launched the facelifted of its most popular and entry level SUV Q3 in India today. Q3 has been doing extremely well in the Indian market thanks to its front-wheel-drive architecture, a proven engine from the VW group and a complete package when it comes to space and practicality along with the brand name help it sell good amount of numbers in the country. The changes to the car are purely cosmetic on the inside and the outside. Changes are done to the headlamps which are now LED-powered. LED lamps which have dynamic turn indicators embedded in them are a straight lift from Audi’s supercar, the Audi R8. Different front and rear bumpers are done to give it a fresh feeling. The silver finished multi-spoke alloy wheels is also something new on the 2015 Audi Q3. When it comes to the interiors, the MMI interface has changed, and so has the instrument cluster with different background lighting. 2015 Audi Q3 also a new mobile holder that also has signal booster function aided by the car’s antenna to help you get full reception in those remote areas. 2015 Audi Q3 engines were globally updated, However, for the Indian market, the 2.0 TDi motor is the same as before and that produces 177 BHP of power and 380 Nm of torque. Instead of the CVT gearbox and engine combo seen on the previous Audi A4 which had the same engine, this time around the 2015 Audi Q3 gets a S-tronic dual clutch transmission. Audi claims fuel efficiency of 15.73kmpl from the 2015 Audi Q3. Performance figures of the new 2015 Audi Q3 is 0-100kmph in 8.2s.