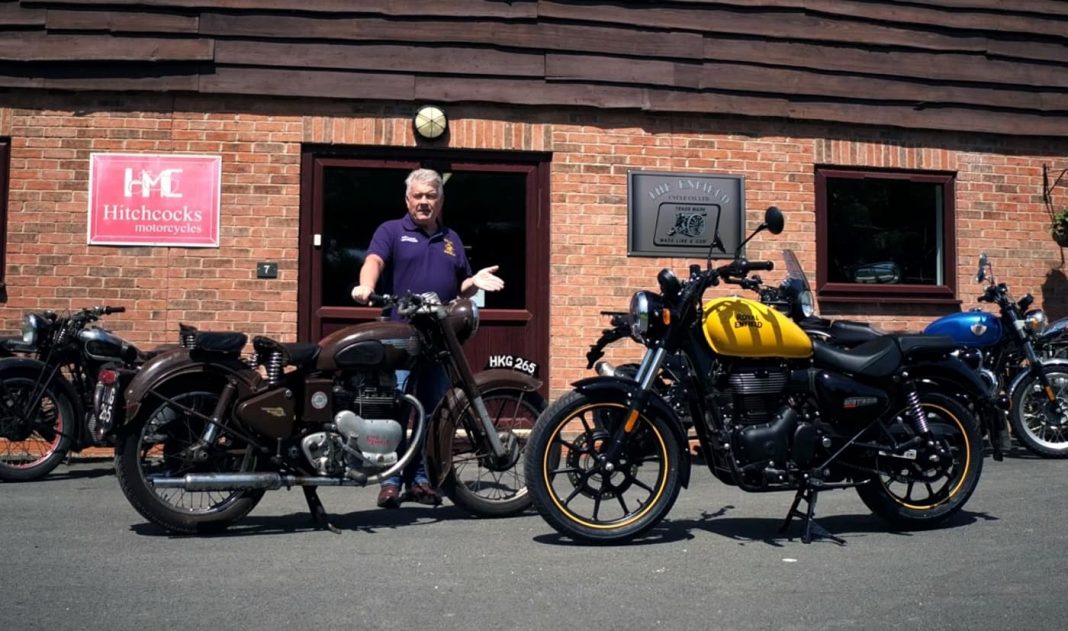 Here, we have a brief comparison between a 1953 RE Meteor 700 and a 2021 RE Meteor 350, which shows the difference seven decades have brought

Royal Enfield is one the oldest motorcycle manufacturers in the world, and it has been building motorcycles for over a century now. The company is also responsible for some brilliant innovations, like the swingarm, which has helped shape the modern motorcycle industry. Wouldn’t it be interesting to see the brand’s old models alongside the modern ones, and check out the differences?

Here, we have a comparison between a 1953 RE Meteor 700 and a 2021 RE Meteor 350, posted by UK-based Hitchcock Motorcycles. The two motorcycles are over seven decades apart, and thanks to the advancements in technology, the changes between the two models are easily noticeable. Let’s begin with the design of both these Royal Enfield Meteors.

This particular 1953 model gets a polychromatic copper beach paint, which was innovative for its time. It also gets a round headlamp and a single-pod instrument cluster. The fuel tank sports a winged Royal Enfield logo, and it gets tank pads as well. The bike also gets twin seats, which are spring-loaded for comfort.

At the rear, we see a simplistic tail design, with a sleek taillight and a numberplate. The motorcycle also gets a low and wide handlebar, which offers a breezy riding position. As for the 2021 model, it has a more cruiser-like design, with a relatively low-set seat and a tall handlebar. Also, the new Meteor is available in three variants – Fireball, Stellar, and Supernova – with slight differences among the three.

This here is the Fireball Yellow variant, which features a bold yellow fuel tank, while the rest of the body is blacked-out. It gets a round halogen headlamp with an LED DRL ring, along with a round LED taillight. The rider seat is scooped, and is quite comfortable, although the pillion seat could’ve been better. It also comes with a semi-digital instrument cluster, with tripper navigation feature. 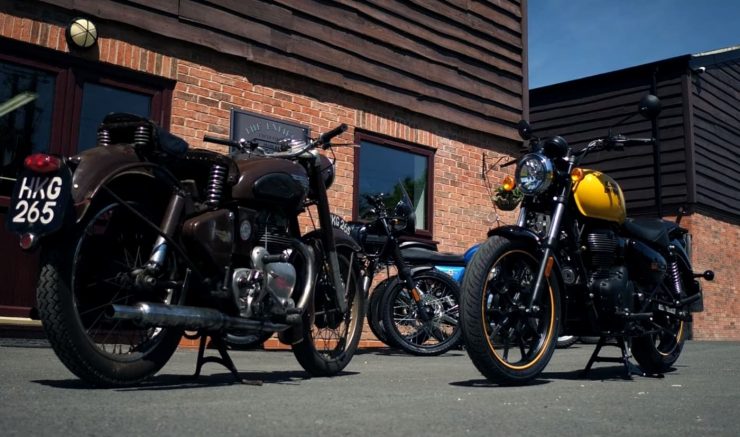 Powering the 1953 Meteor 700 is a 692cc, air-cooled, parallel-twin engine. It was mated to a 4-speed gearbox, which came with an innovative neutral-finder lever. As for the 2021 model, it is powered by a 349cc, air/oil-cooled, single-cylinder engine (20.4 PS and 27 Nm), which comes paired to a 5-speed transmission (no neutral-finder available anymore, sadly).