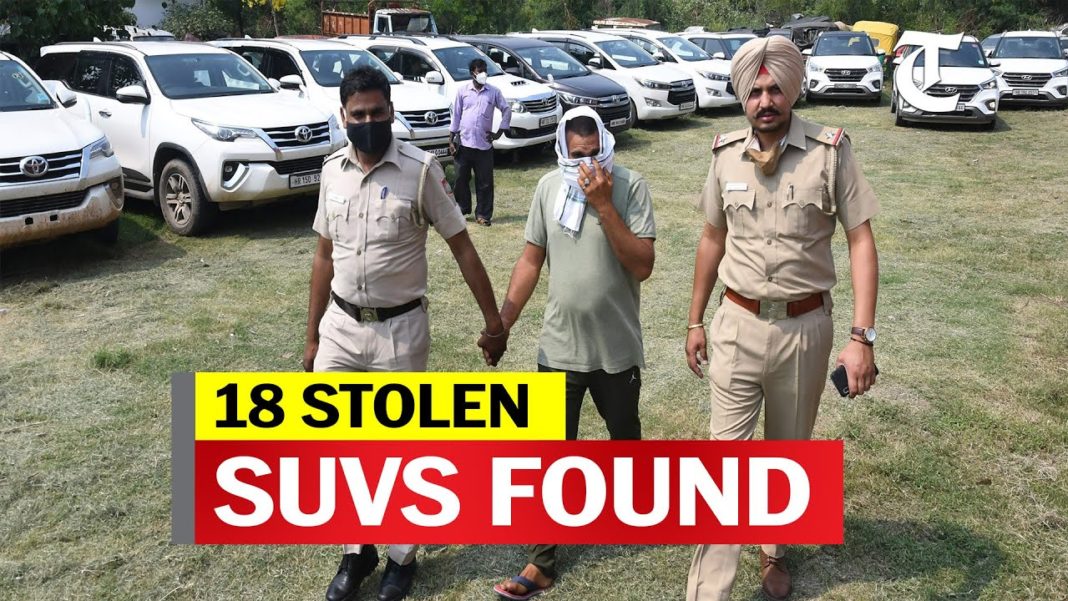 The Chandigarh Police was able to bust a stolen car racket, recovering a total of 18 cars that includes fifteen SUVs and three MPVs as well

According to police, the aforementioned vehicles had been stolen by a gang situated in Meerut, who changed the chassis and engine numbers, thus making the vehicles difficult to trace, and then handed over these vehicles to the accused for preparing fake documents to sell them to unaware buyers.

Two arrests have been made so far. The first person to be held was Ramesh, 39, who was nabbed at a police blockade which was set up following a tip-off. Ramesh was heading from Kalibari Light Point towards Tribune Chowk in a stolen Hyundai Creta. Police discovered that the chassis number on the vehicle was fake, and that the SUV was actually stolen from Delhi.

After being interrogated, Ramesh led the cops to his partner in crime, Amit Kumar alias Sabhu. Amit has also previously been booked for a cheating case registered against him in Chandigarh, dated December 2011, along with two other extortion cases in Delhi and Fatehabad.

The Chandigarh Police also said that the duo would steal vehicles from Delhi, Punjab and other states, and replace the engine and chassis numbers with fake ones. After that, they would prepare fake documents supporting the stolen cars, and get them registered from different RTOs in Haryana. After having them registered, they would then sell off the vehicles to unwary buyers in the states of Punjab, Haryana, UP or Rajasthan.

The aforementioned list of cars that were recovered seems to be the favourite amongst robbers, the reason being their high demand in the used market, as well as the good resale value that can be recovered by selling them.

A case under Sections 420 (cheating and dishonestly inducing delivery of property); 467 (forgery of valuable security, will); 468 (forgery for purpose of cheating); 471 (using as genuine a forged document or electronic record; 473 (making or possessing counterfeit seal); 474 (having possession of forged document); 489 (tampering with property mark); 411 (dishonestly receiving stolen property); 201 (causing disappearance of evidence of offence); and 120 (concealing design to commit offence punishable with imprisonment) has been registered against the two.