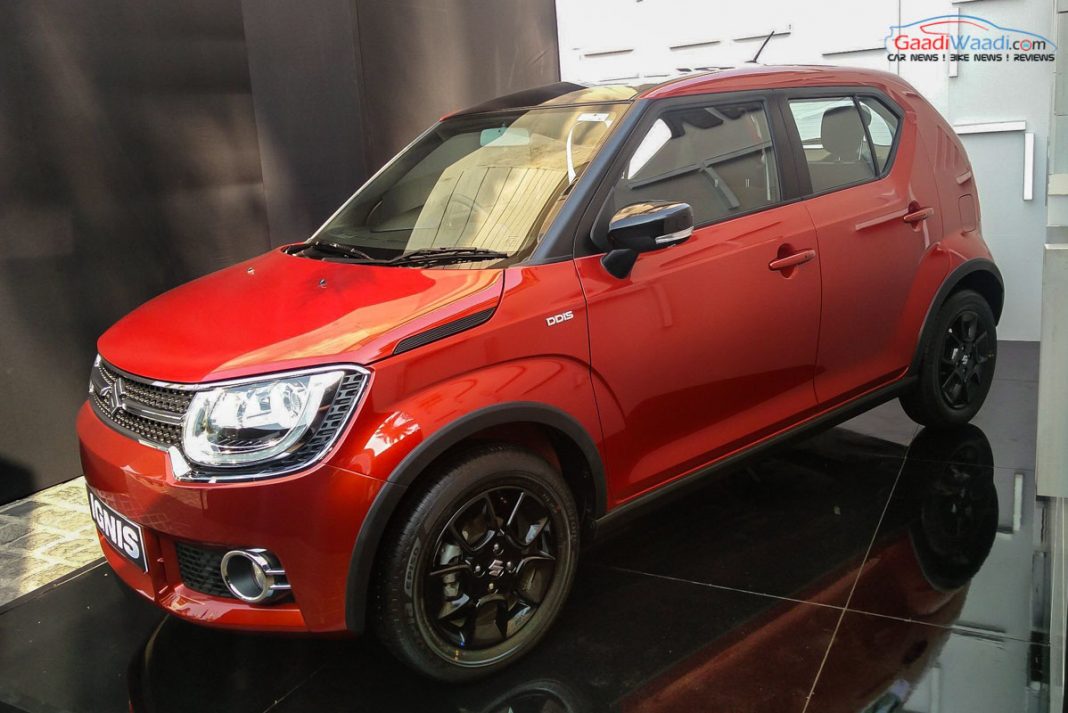 Maruti Suzuki is fast changing its design and brand perception in recent times. The company launched Vitara Brezza compact SUV in the Indian market earlier this year following the Baleno and it is now preparing to introduce the new-generation Swift twins with all-new upmarket sporty styling. Meanwhile, an all-new micro-SUV called Ignis looking to carve a niche segment on its own will be launched on January 13.

Previewed a few days ago, the brand new Ignis is derived from the i-M4 concept. The small SUV was showcased at 2015 Tokyo Motor Show before being launched in Japanese market ahead of its Indian debut at the 2016 New Delhi Auto Expo earlier this year. It was scheduled to launch during this Diwali season in the country. But as demand for Baleno premium hatchback and Vitara Brezza compact SUV have been very high, the company delayed Ignis’ launch further.

Maruti Suzuki Ignis not only comes with a compact, stylish and practical design but also sports several attractive features. It will come available in both petrol and diesel engine options while getting AMT in both powertrains to enhance its appeal further. Expect the car to offer pretty good mileage as well which is certainly one major deciding factor for customers and Maruti’s USP. Ahead of its launch, here we take a look at fifteen major facts of the India-spec Maruti Suzuki Ignis:

The word Ignis means fire in Latin and Suzuki has named the micro-SUV in such way to project it as a young and energetic vehicle. With its compact and smaller size, Maruti Suzuki Ignis is certainly capable of making its way swiftly in dense city traffic as it’s a micro-SUV.

But these are surely not the things Suzuki has thought of while giving the car its name. Instead it can be said that Ignis has been designed to set fire in the owner’s mind as the Japanese automaker claims. The car has been designed in such way and equipped with features that can ignite attraction in the customer’s mind very easily.