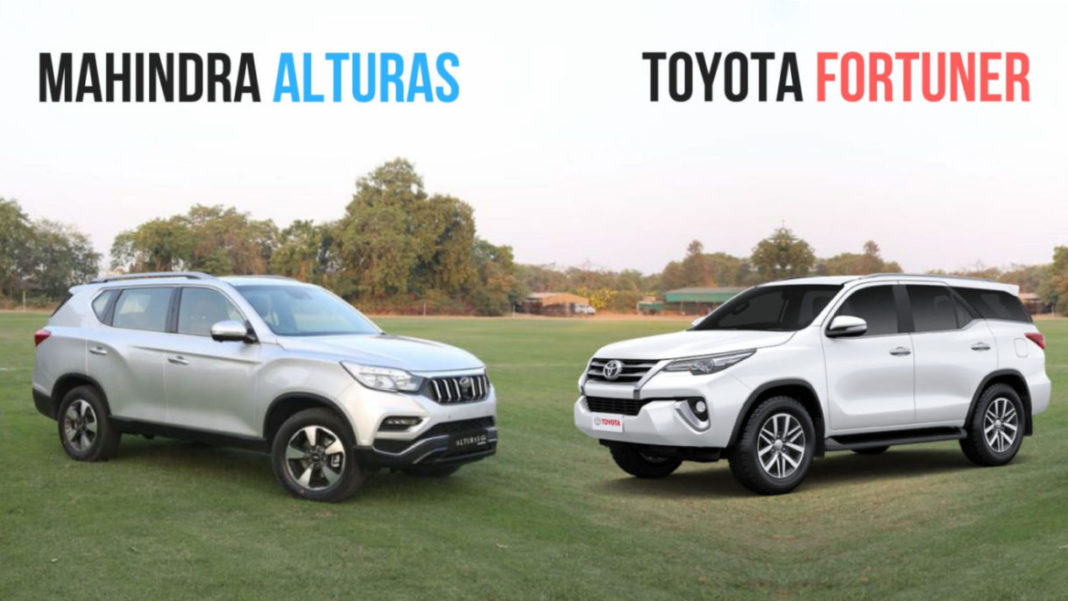 Mahindra’s Flagship SUV Alturas G4’s aggressive pricing will play a key role in its potential success but what are the other factors to be counted in? Here we explain!

As the flagship SUV made its official domestic debut a couple of days and prices are here, we can discuss over its market positioning against rivals and explain what makes it stand out. Having driven the Alturas G4 already, we can take this matter further. Slotted above the XUV500, the Alturas G4 is the new flagship model targetting 10 to 12 percent of market share in the segment led by Toyota Fortuner.

Sold via exclusive World Of SUVs arena, the premium full-sized SUV takes no prisoners in its appeal as it has the largest footprint of any Mahindra current on sale. It also testifies Mahindra as an upmarket manufacturer that is key for brand perception. Without further ado, here are the 15 advantages Mahindra Alturas G4 has over the segment’s best-selling Toyota Fortuner:

Having been a volume segment player for so long, Mahindra is wary of the implications price will have on a product. Therefore, the Alturas G4, which is brought into the country CKD route, has been competitively priced at 26.95 lakh for the 4×2 and Rs. 29.95 lakh for the range-topping 4×4 (both prices, ex-showroom). This makes the 4WD variant more than Rs. 3 lakh cheaper than Toyota Fortuner 4×4. 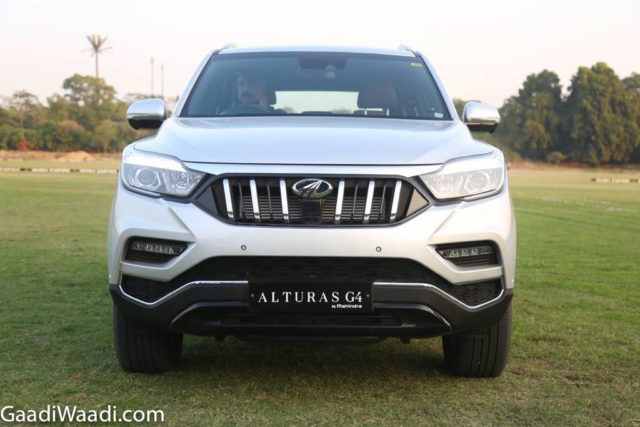 In recent times, customers wanting to own a SUV in any price bracket have mostly opted for high-spec variants and they expect sunroof to be a must-have feature. The Alturas G4, fortunately, has it as part of a tempting package while the Fortuner does not offer that wind-on-face feel.

As you may already know, the Mahindra Alturas G4 is a rebadged version of the fourth generation SsangYong Rexton G4 that was developed with nearly Rs. 1,300 crore investment. Since the Rexton G4 is a global SUV, the Korean SUV specialists gave equal weightage on the comfort and convenience bits alongside its off-roading abilities. The Alturas is no different as it gets ventilated seats for the comfort of the occupants.

Unlike Toyota Fortuner, the seven-speed automatic transmission on the Alturas G4 is sourced from Mercedes-Benz and it makes a telling impact for being supple.

The major attraction inside the cabin of the Alturas G4 is its large eight-inch touchscreen infotainment system that offers Apple CarPlay and Android Auto connectivity with satellite navigation. The presence of both technologies do make the Alturas G4 an attractive prospect over the Toyota Fortuner. The seven-inch LED instrument console has options to play around for theme settings as well. 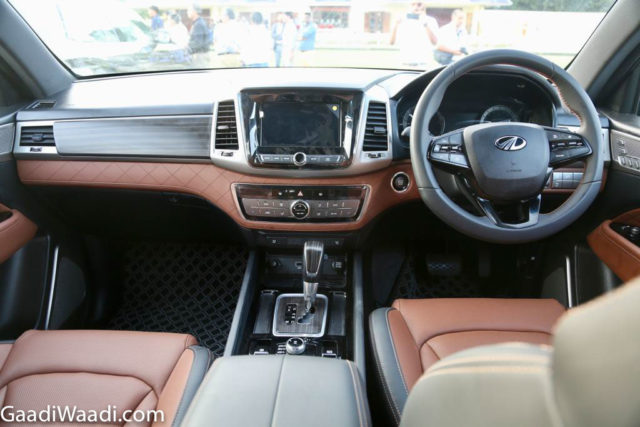 Another captivating feature in the Alturas G4 is the 360 degree display of the surroundings made possible via multiple cameras. It helps in easy maneuvering during parking and enables driver to be aware of the space around him.

The flagship Mahindra SUV does offer better driving dynamics in comparison to the Toyota Fortuner and despite being an understandably heavy SUV, the Alturas G4 will bring a smile on your face when behind the wheel.

Another USP of the premium SUV is its seating comfort especially in the front and middle rows. During long distance travel, the seat alignment and suspension setup work together well to not give a tiresome experience for the passengers.

Having taken it off the tarmac, we experienced the Alturas’ capability in tricky conditions and for most part it did give the confidence to assist through various dips and crests with ease. 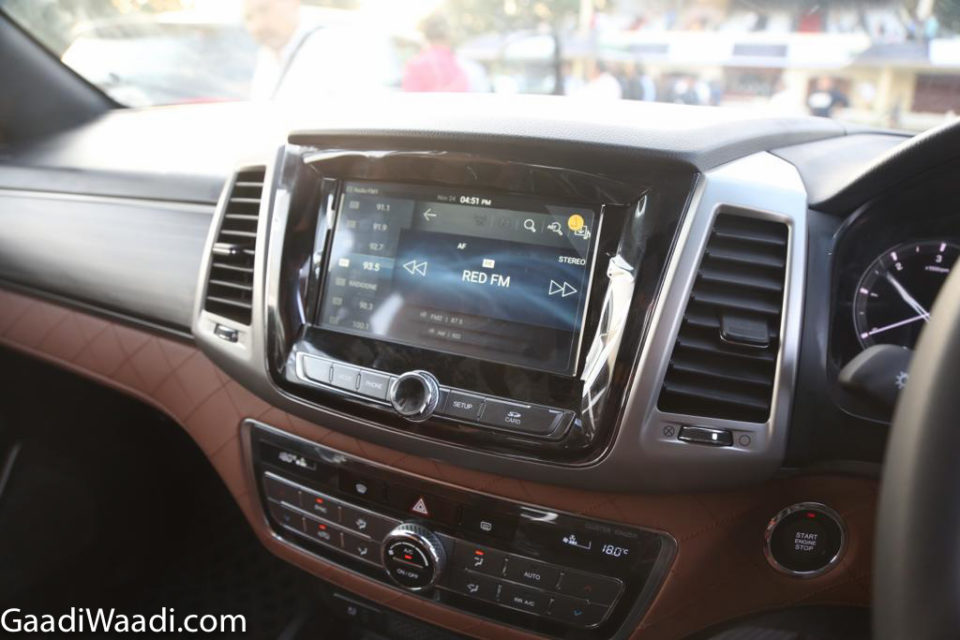 Mahindra has made sure the Alturas G4 does not fall behind in premium cabin quality and as a result the dual-tone dashboard design is attractive as well as pleasing to say the least.

The Alturas G4 is the widest in the segment when compared with Toyota Fortuner, Ford Endeavour and Isuzu MU-X. Moreover, it boasts 120 mm longer wheelbase than the Fortuner providing roomier cabin for the occupants than its Japanese nemesis.

The minute details inside the cabin have been paid attention and resultantly the use of soft touch materials and overall fit and finish are way ahead of the Fortuner. The brown quilted leather seat upholstery worth the praise as well.

Although the Fortuner offers ESP (Electronic Stability Program) as the ladder-on-frame Alturas, it does not come with active rollover protection that aids in slippery surfaces by allowing for more traction.

The Rexton G4 received five-star safety rating in Korean NCAP, equivalent to Global NCAP, and Mahindra did not want to compromise on its safety aspect either. As much as nine airbags are offered in the Alturas G4 and the body is made out of high strength tensile steel. 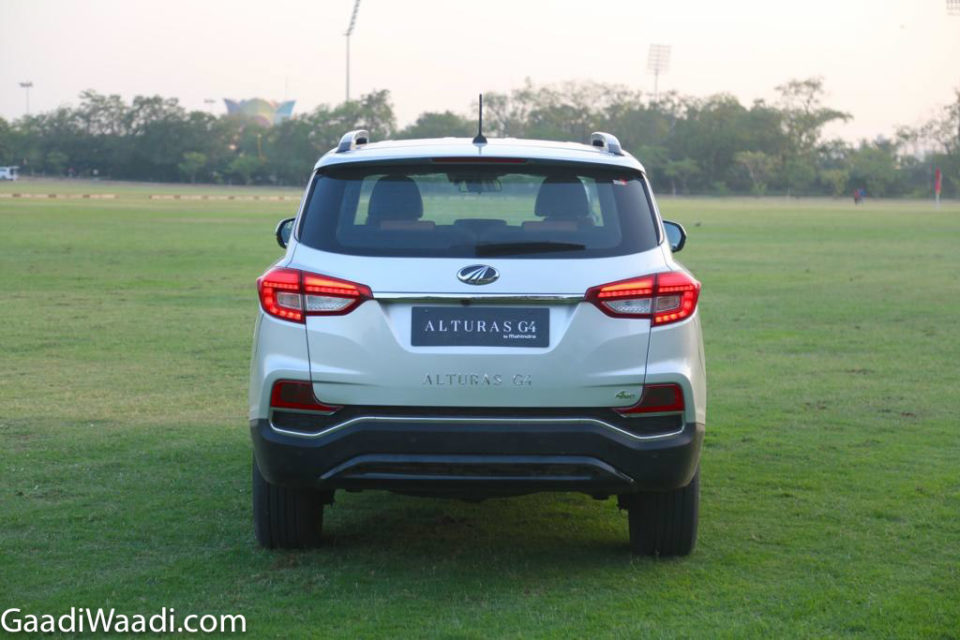 Another key comfort factor in the newly launched Alturas G4 is the eight-way adjustable powered driver seat with memory function. It enables relaxation to the driver and can be calibrated based on the requirements.

As we recently test drove the Mahindra flagship SUV, we found the aforementioned advantages over Toyota Fortuner. However, the third row seating comfort is way behind what its rival offers (no side glass at all for 3rd row passengers and very low seat height).