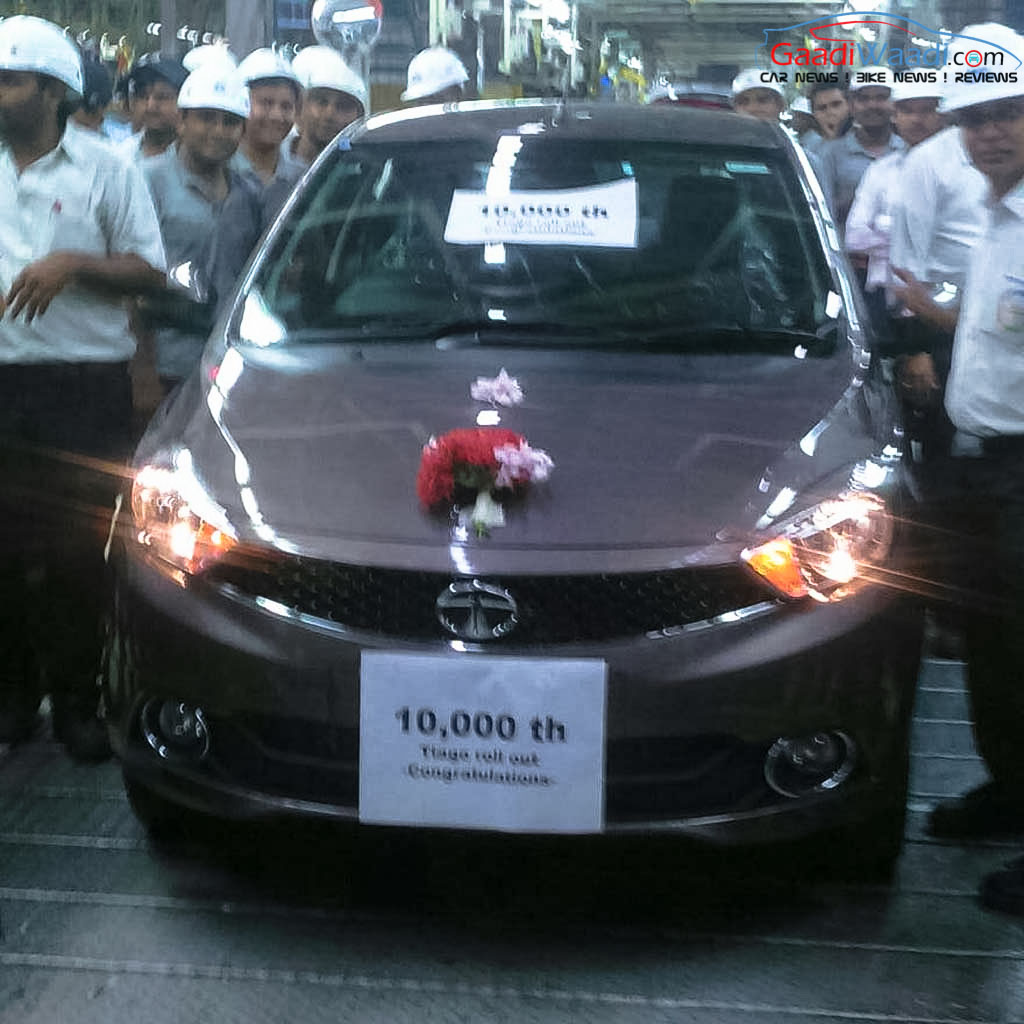 Tata Tiago was launched on 6th April, 2016, and within two months the car rolled out its 10000th unit from the Sanand manufacturing plant in Gujarat. Earlier this month the Tata Motors has recorded more than 15000 bookings for the Tata Tiago. The Tiago has been designed following the Tata Motors’ new IMPACT design language, which is implemented in the Tata Kite 5, Tata Bolt and Tata Zest. The Tiago sports a glossy piano black front grille with smiling design, and below the grille a sleek chrome line running through the width of the car meets both the headlamps sharp headlamp clusters. Based on the X1 platform the Tata Tiago sports sharp creases at the side profile, sporty alloy wheels, which altogether make the car visually stylish.

The interior sports an interesting and appealing theme, the blackened dashboard is complemented by the piano black hexagonal centre console, which is the home of a Harman developed infotainment system. The steering wheel gets several control buttons and above it there are dual analog dials and a TFT display consisting instrument cluster. Power source for the car are a Revotron petrol engine and a Revotorq diesel engine. The petrol variant is powered by a 1.2 litre three cylinder MPFi engine with Multidrive technology mated to a 5 speed manual transmission and it generates 85PS of peak power and 114 Nm of peak torque.

The diesel variant on the other hand is powered by a 1.05 litre three cylinder Revotorq engine paired with 5 speed manual transmission which churns out 70 PS of peak power and 140 Nm of peak torque.