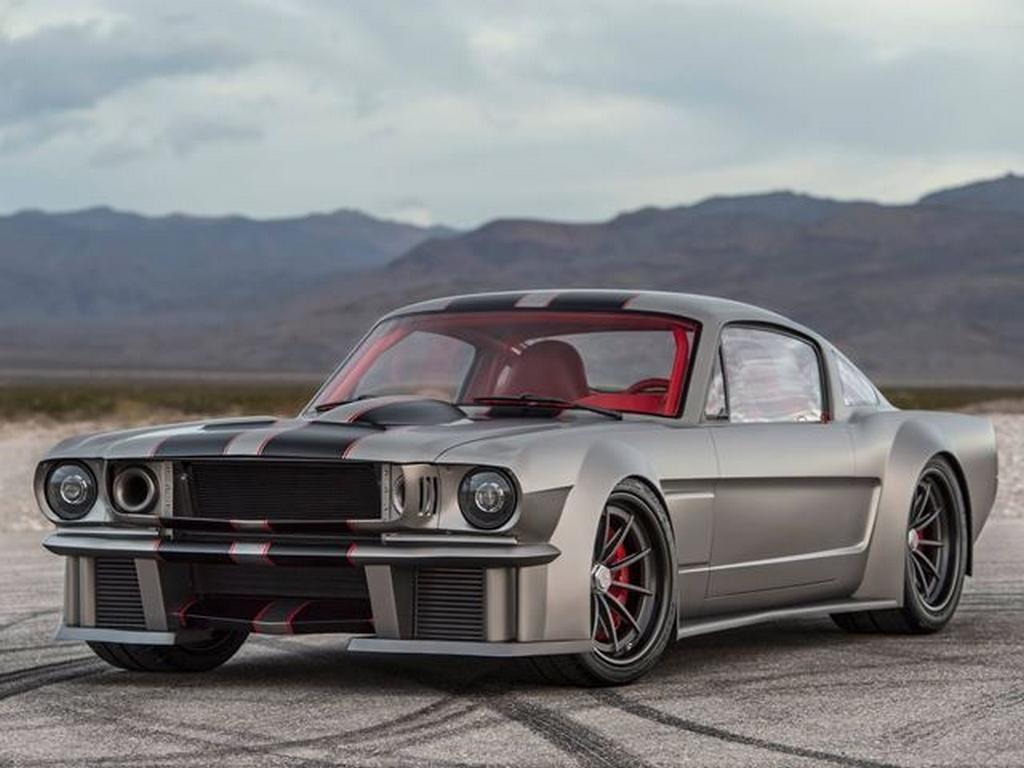 The ‘Vicious’ is a restomod 1965 retro Mustang built by Timeless Kustoms; showcased at Jay Leno’s Garage

California-based Timeless Kustoms has done a stunning restomod job with a 1965 Ford Mustang coupe. The classic sports coupe has been given a completely new and sportier look and it has been named as ‘Vicious’. The car is showcased in latest YouTube episode of the ‘Jay Leno Garage’.

The Mustang coupe has been rebuilt with an all-new fastback body. The entire car comes incorporating steel and aluminum as Timeless Kustoms wanted to make it as a road-going car. Interestingly, the entire resto-mod job took 10,000 hours to be precise. Despite the extensive usage of steel instead of carbon fibre, the car weighs just 1,564 kilograms that helps it to accelerate in very short timing. 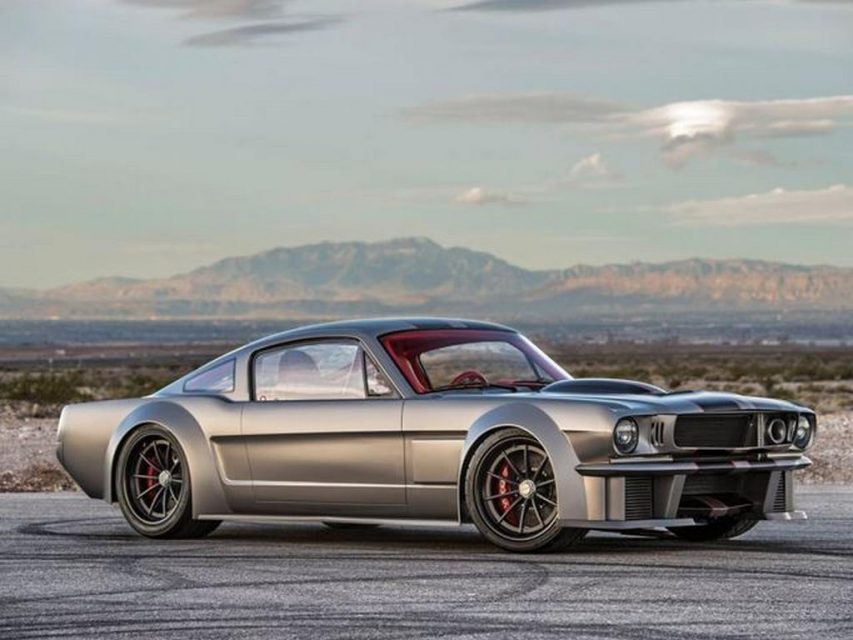 The customisation studio did all the things keeping the functionality in mind rather than giving the car a cosmetically updated look. It wears a silver paint job with Black strips running through the middle and there are sleek Red lines highlighting the Black strips.

The front bumper has been modified, while the front bumper looks very bold with the attractive colour scheme and design. At the side profile, the flared wheel arches truly give the modified Mustang a bold appearance. It runs on 19-inch alloy wheels. Inside the cabin, it features a bright Red colour scheme and gets Sparco seats and steering wheel, a Motec digital display. To blend the modern features with retro-charm the customisation studio has equipped the Mustang with air conditioning as well.

Technically speaking, the 5.1-liter V8 Aluminator engine under the hood of the car has been tuned to churn out 1,000 hp of peak power. Apart from the enormous power, it gets a fully independent suspension setup and Brembo brakes that altogether make the restomod Mustang truly stunning.