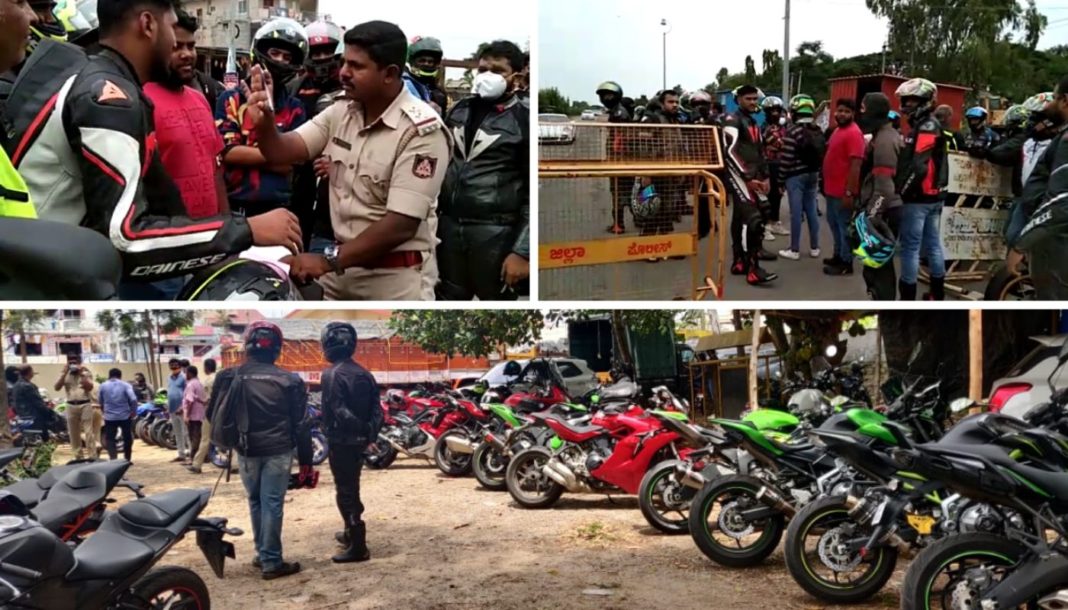 Each rider was fined Rs. 3,000 and the bikes were taken to police custody before being let go in Solur, Karnataka

Bikers and cops often clashing for one reason or the other is a common sight in India. In busy cities like Bengaluru, the scenario can be clearly seen. A gang of super bikers often get misinterpreted for speeding on public roads and while in some cases the police are not to be blamed for or the other way around, here the bikers are booked for riding negligence and over speeding.

More than 100 superbikes were seized and locked in police custody before being let go for a fine of Rs. 3,000 per head in Solur village near Bengaluru, Karnataka. They were charged for breaking speed limits and negligence including rash riding but the bikers claim that there was no proper reason given to them for the charge from the Solur police.

They also said the cops did not act politely as it really got messy between both the parties, as their weekend getaway was made miserable. As the situation got heated, the superbikes were ceased and taken to the custody of the police as the Solur station was flooded by them in numbers. The riders were also locked in station compound before the fine was imposed and the motorcycles were let go.

The road was one of the popular for bikers in and around Karnataka and everyone who wore riding gears were fined allegedly including KTM, Royal Enfield and Yamaha YZF-R15 riders according to the bikers that were present. Moreover, there were a number of supercars as you could see in the video have passed by without being queried by the policemen as they might have been felt to not disturb the surroundings.

The cops were said to have even used old receipt books for fining the riders as you could see in the video. Additionally, the bikers with women pillion riders were let go without any charges. Perhaps always a group of riders with superbikes are contemplated to be mischievous and that mentality should change.

It is imperative to ride fully geared up and stick by traffic regulations, and if offended should be punished as well.