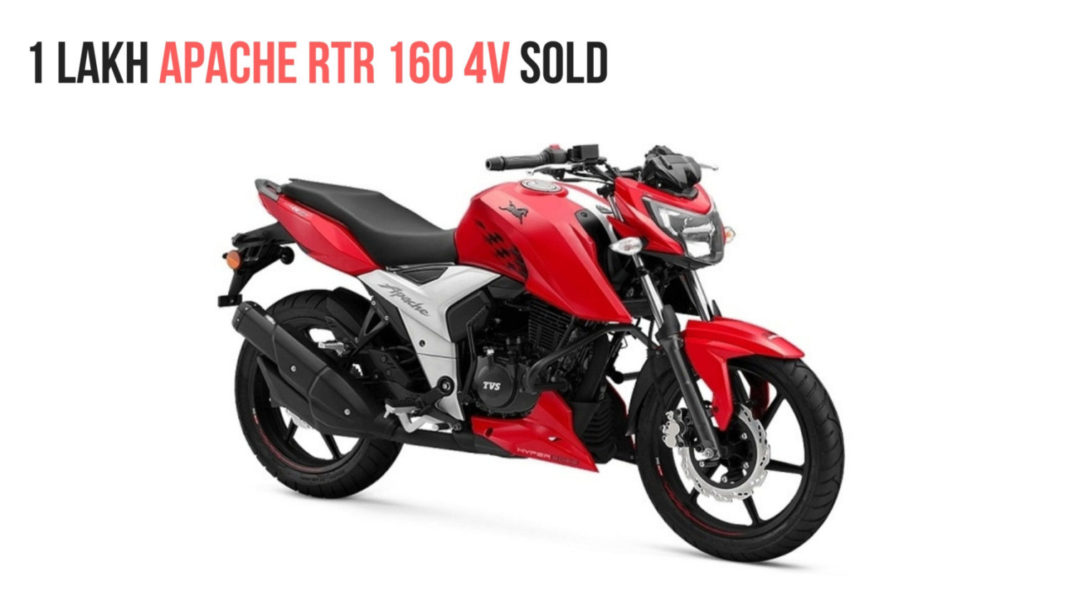 TVS officially launched the new Apache RTR 160 4V in March 2018 and the company has announced that the new model has sold more than 1 lakh units in six months. The Apache series is one of the most popular models in sports bike segment in India and the 160 4V follows the same design theme as its big brother Apache RTR 200 4V.

The company is offering Apache RTR 160 4V with carburettor or fuel injection with double disc or single disc options and the new model continues the legacy of the previous model, which is known for its handling. The regular RTR 160 is the model, which made the brand so popular among youngsters in India. 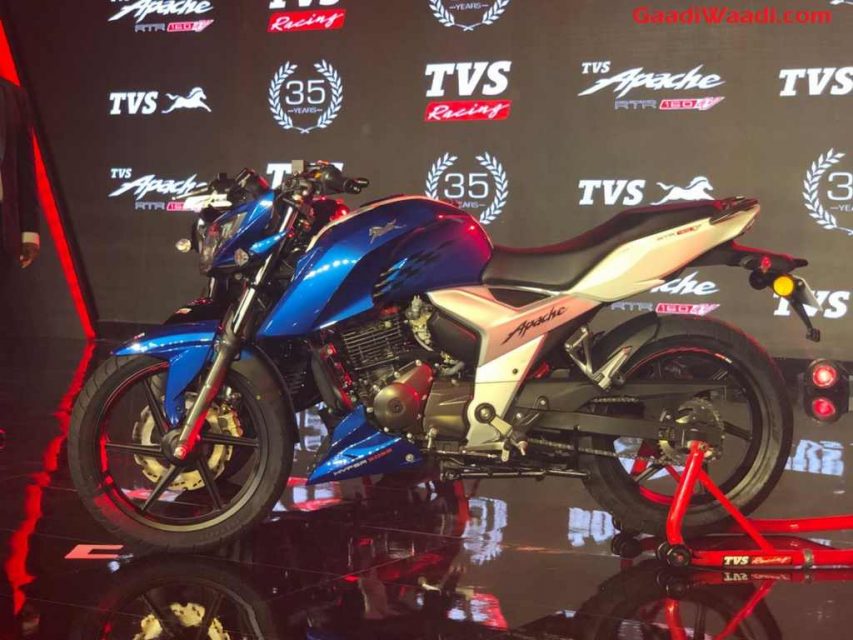