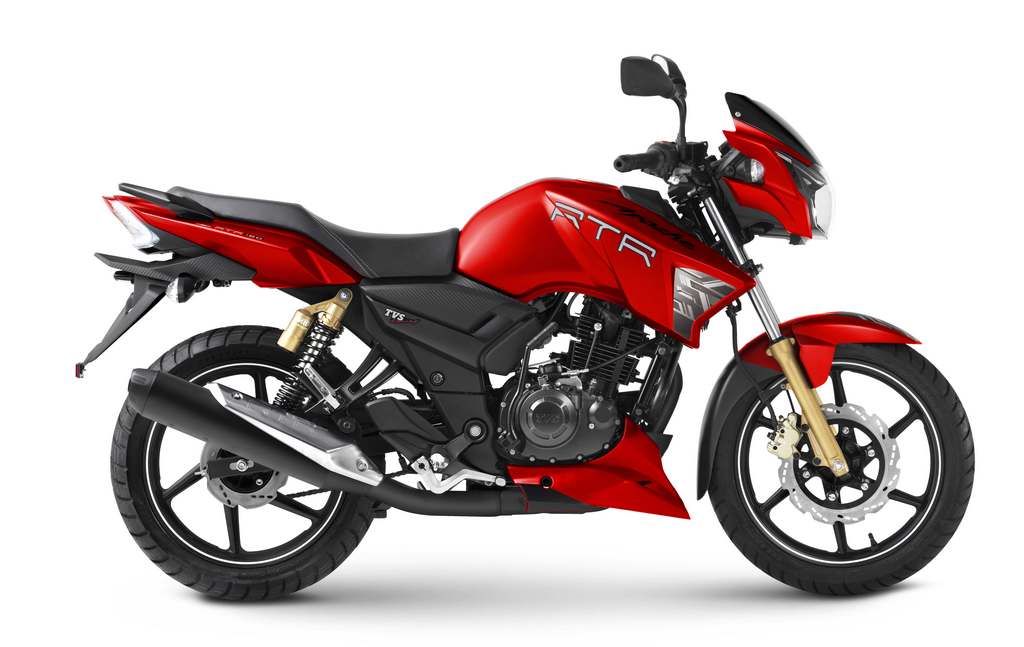 TVS Motor Company has announced the introduction of a new colour for its popular Apache RTR 160 and RTR 180 motorcycles. The Chennai based automaker has launched a new Syrah matte red series for both the models. The said colour is already available for the company’s flagship model – the Apache RTR 200 4V.

The new colour for the Apache RTR 160 and RTR 180 offers more choice to the customers during the festive season when the sale of vehicles are on high in comparison to the rest of the year. To be precise, the new matte red colour for the two aforementioned models are found on the headlamp cowl, front fender, tail end panel, fuel tank and the engine cowl. 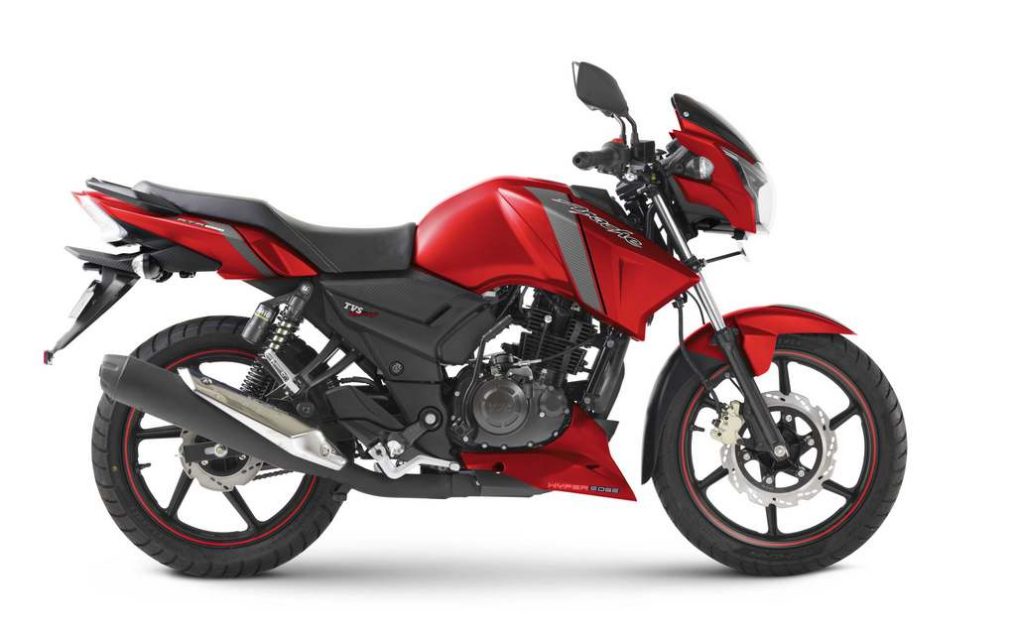 Just like other colours, a racing stripe runs through the front fender and the fuel tank and ends up at the tail making the bikes look even more sporty. TVS says the Racing Syrah Matte Red is an exclusive shade with Eggshell finish and has been developed using a twin component thermosetting acrylic paint system with a special pigment to create a ‘Matte Clear’ process.

TVS has reported that over 2.5 million customers are garnered by the Apache RTR brand since its inception. Ahead of the festive season, a new TVC has been created and here it is:

Mechanically, the TVS Apache RTR 160 and RTR 180 are untouched. The former comes powered by a 160cc, single cylinder, air-cooled engine mated to five-speed transmission, churning out 15 bhp of power and 13 Nm of torque.

On the other hand, its elder sibling, the Apache RTR 180 gets its power from a 177cc, single cylinder, liquid-cooled motor mated to a five-speed gearbox. The carbureted mill develops respective power and torque outputs of 17.3 bhp and 15.5 Nm. Expect the new matte colour to arrive at the dealerships in the coming days with the onset of the festive season.

In other news, TVS Motor Company is all set to launch its biggest Apache yet that goes by the name Apache RR 310S. The launch of this bike is getting delayed for unknown reasons and its test mules have been spotted continuously for quite sometime now. Besides, the company is also lagging behind in the launch of the Apache RTR 200 Fi variant as well.