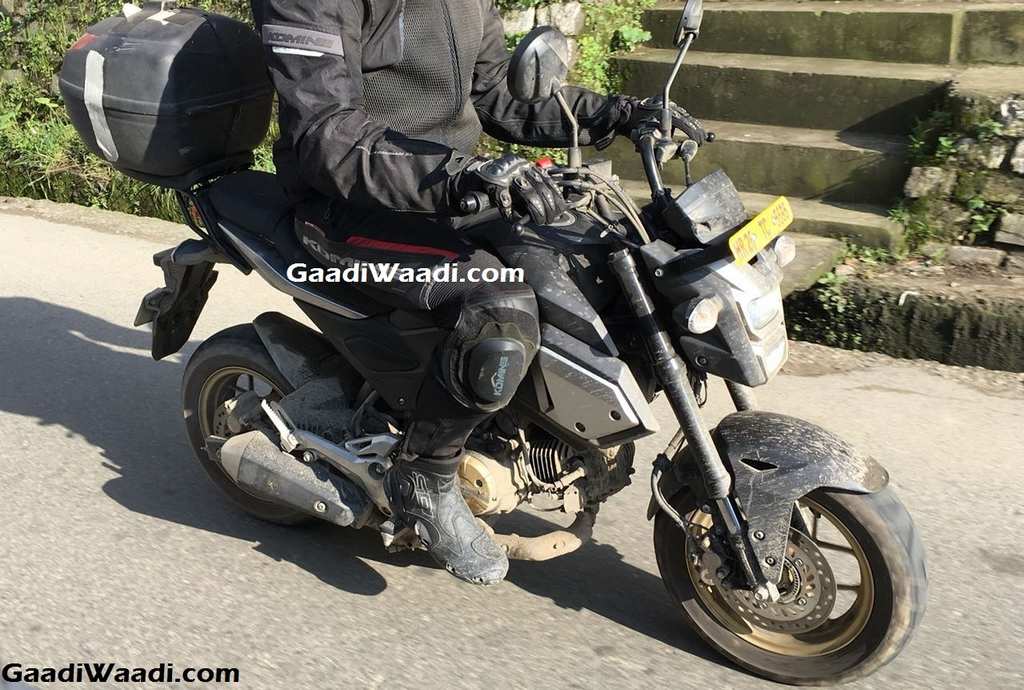 Honda Motorcycle and Scooter India (HMSI) had earlier announced that it will launch two motorcycles in the current financial year. While one of them has already saw the light in the form of Africa Twin, the other one remains a mystery. However, we have possibly fixed the puzzle!

A few hours back, we received ​clear spy shots of the Honda Grom that was captured somewhere in Shimla which effectively means it is seen on Indian roads for the first time. For those not in the know, the Honda Grom is a mini motorcycle, which is also known as MSX125 in Europe and East Asian markets. 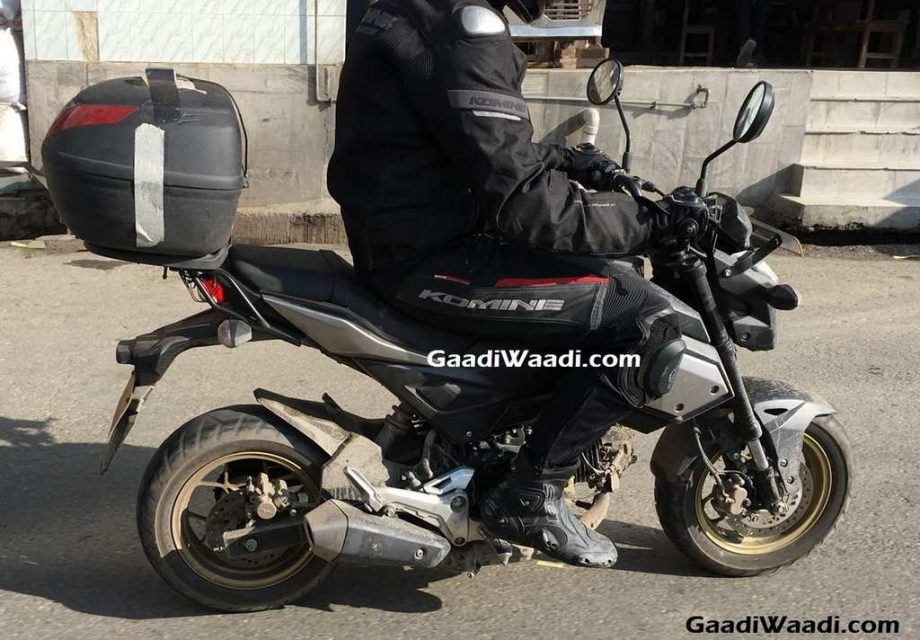 The company had launched the Grom ​inspired Navi ​automatic ​scooter last year in India at the 2016 Auto Expo and hence, the ​testing of a similar motorcycle comes as a bit of surprise to us.

The Honda Grom aka MSX125 seen in the spy shot is drenched in grey & silver shade and is completely undisguised. As already mentioned, the scooter resembles the design philosophy of the Navi and is seen with a similarly shaped headlamp up front. 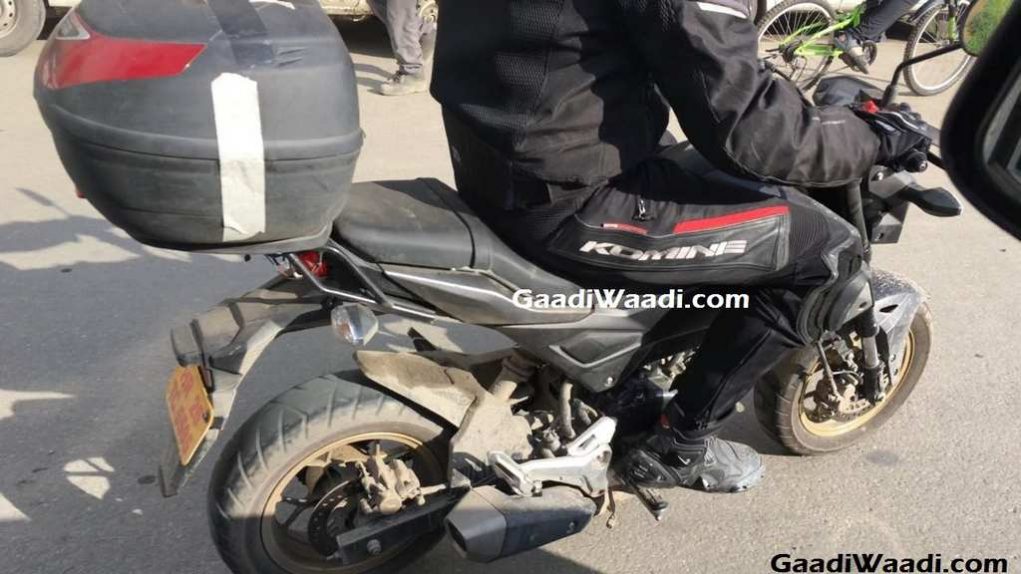 The fuel tank also bears some resemblance with the 110cc crossover but the tank extensions give a sporty touch. The test mule in the image is seen with golden coloured alloy wheels and has been fitted with disc brakes at both ends.

Interestingly, ABS (Anti-Lock Braking System) ring is seen on the front disc and it looks as if this scooter will come with a single channel unit. Powering the Honda Grom is a 124.9 cc, air-cooled engine that comes linked to a four-speed gearbox.

Also read: Honda Navi – All You Need to Know 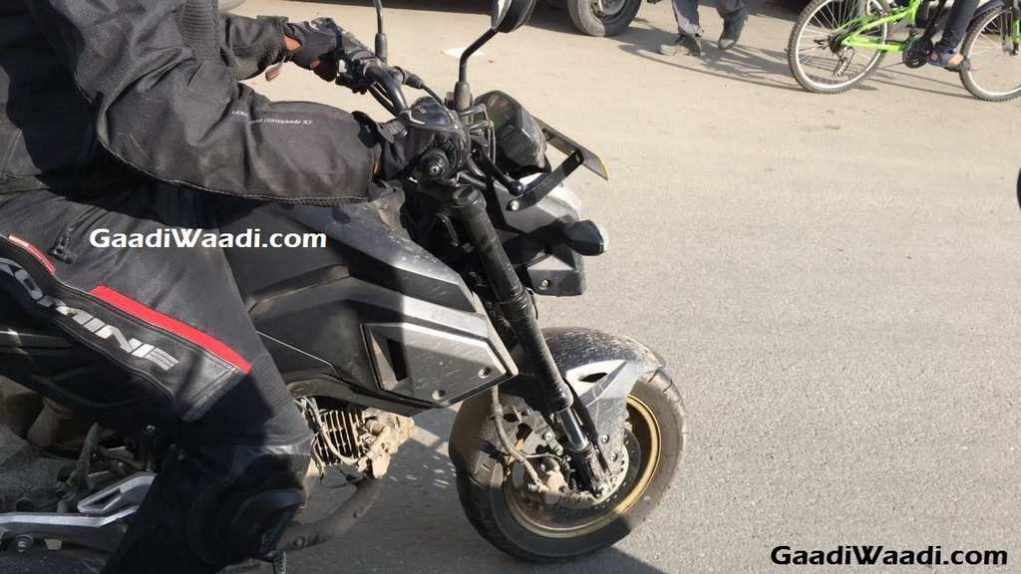 The motor sheds out a maximum power output of 9.7 bhp along with a peak torque of 10.9 Nm.​ ​Suspension duties are taken care of with the help of inverted forks at the front along with a monoshock at the rear.

The Honda Grom or the MSX125 in the spy pics are also seen with a luggage trunk top box, which will likely come as an optional accessory. Talking of price, the upcoming Honda Grom will hopefully arrive at a price close to Rs 90,000 ​(ex-showroom) ​and has no direct competition in particular. It will create a niche of its own and could become a major selling factor. 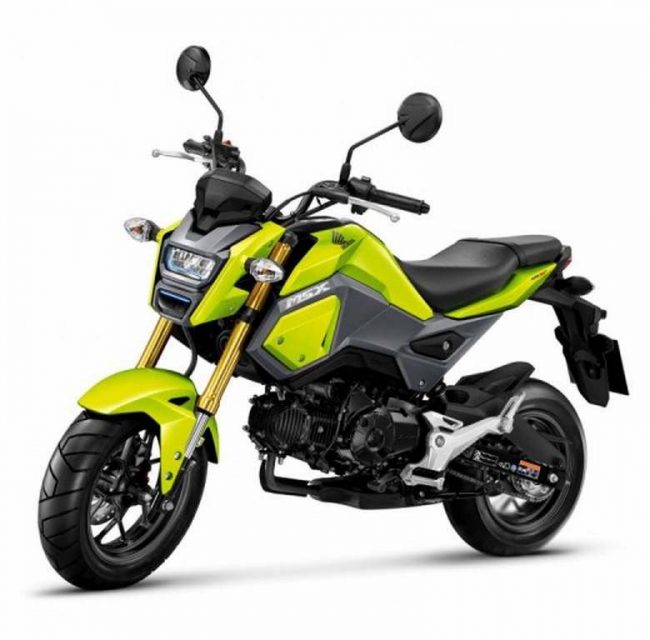 The Grom will ​indeed ​make things difficult for Benelli as the Italian giant was studying the feasibility of launching the TNT 135 in India, which also falls in the same category but could be priced costlier.​ Expect the Grom to be launched in India sometime in the final quarter or at the beginning of next year. We could be looking for a 2018 Auto Expo debut as well. ​