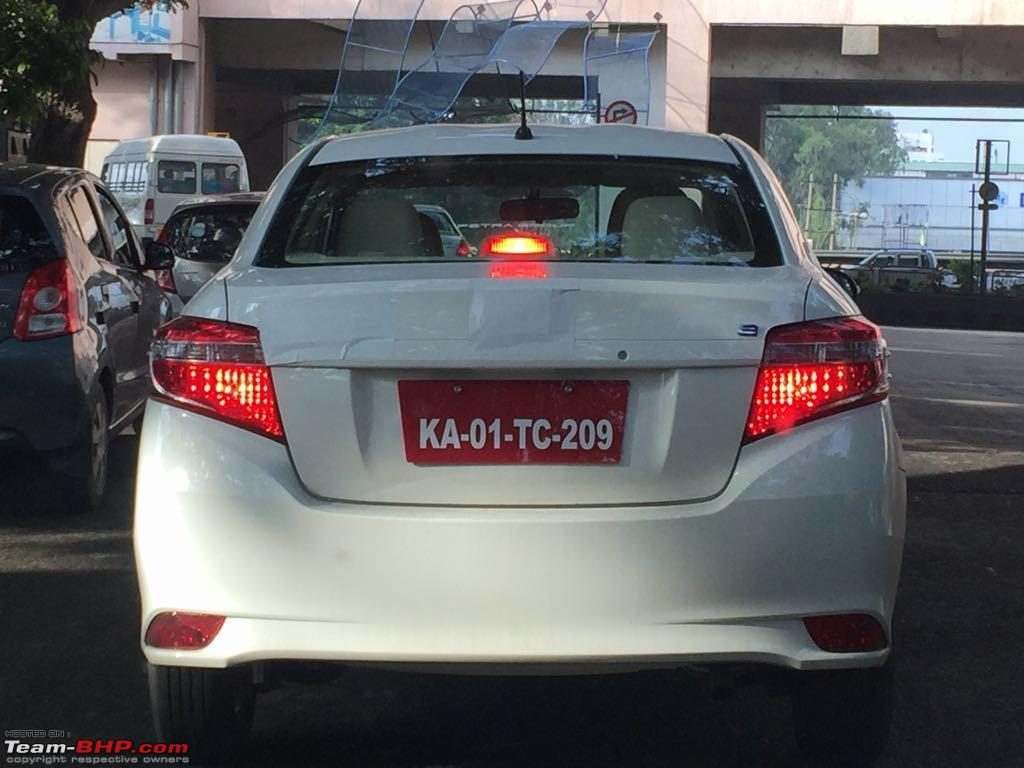 The Toyota Vios sedan has been caught testing in Bengaluru by a TeamBHP reader. This is not the first time the volume-segment targeting model was seen running trials on Indian roads but the Japanese auto giants do not have any definitive plans revealed about its potential market launch. The test mule was snapped undisguised and it sported test number plates.

The person who pictured the Vios said it had no seatbelt adjusters and the head unit/ICE appeared to be from a top end model while the interiors were finished in beige colour. Toyota could be introducing a derived-version of the Etios if the rumours are to be believed. It is only logical that such model will be based on the proven Etios platform that has heavily been localised in India. Due to the localisation, Toyota could position the sedan aggressively in a growing segment in the market. Internally codenamed Etios C, it will have the design inspired by the Vios with a conventional approach to attract customers from the entry-level compact sedan space. The third generation take of the Vios was revealed at the 2013 Bangkok Motor Show and in the recent Auto China in April the facelifted version came to the fore.

It comprised of a heavily redesigned front fascia while the side profile was kept as the same. The rear end also featured minor updates. Up front, the design was clearly an influence of the latest Corolla with slimmer grille containing elongated lower section, brand-new headlamps, redesigned for lamps and reworked bumper. As for the rear, the facelifted Vios boasted sleeker chrome applique on the trunk, restyled bumper and tail lamp cluster. The engine options include a 1.3-litre and 1.5-litre VVT-i four-pot motors that are mated with either a standard five-speed manual or a four-speed automatic as optional. Currently, Toyota is gunning sizeable sales with the imminent launch of the facelifted Etios twins.
Image Source: TeamBHP