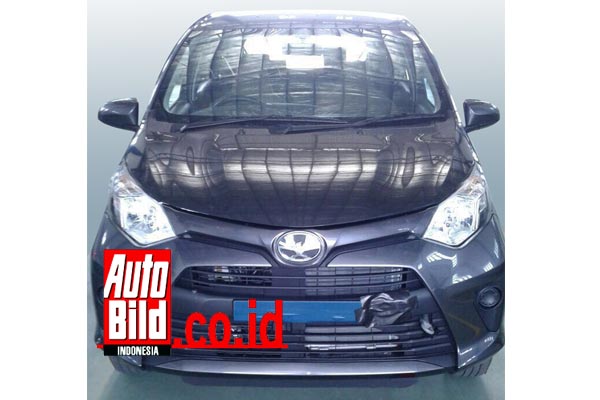 Toyota, the world leading volume car manufacturer, has its presence felt in the international markets with models in all the hotly contested sales reaping segments for several decades. For India, the Japanese marque recently launched what is considered as the most significant product, the second generation Innova Crysta, to pump the sales of the already segment-leading MPV. Hot on the heels of that, the fresh set of images of a brand new compact MPV has been released on the internet.

The all-new product is expected to be launched in Indonesia and could arrive at our domestic scenes as it has huge potential considering the popularity of the large Innova and customers’ perception of the brand known for bullet-proof reliability. Reported to be christened as ‘Toyota Calya’, the small MPV is most importantly cheaper than the Innova and aims to attract first-time family buyers seeking a loaded people carrier. Calya is a Sanskrit word which means flawless or perfect. It is said to have the Datsun GO+ MPV as the key rival in Indonesia and will be placed in the market as a LCGC (Low Cost Green Car). As the Indian customers, the prospective buyers in that market will look for spacious MPV with urban and city running characteristics. Thus, Toyota’s Avanza is one of the best selling MPVs there and the all-new Calya will be slotted right below it with a high level of parts localisation to keep the production costs down. The reports from Indonesian media outlets suggest that the Calya is based on the Toyota Agya or otherwise known as Daihatsu Ayla hatchback. But the design of the small MPV indicates a rear end styled similarly to the Innova Crysta. Some of the internet sources points towards a mechanical offering as seen on the Etios. The sedan’s 1.2-litre petrol engine is predicted to be linked with both manual and automatic transmissions. The gasoline motor, according to LCGC norms, must deliver a fuel economy of at least 20 km per litre while displacing capacity must be between 980cc and 1,200cc.
Source: AutoBild and Otomania