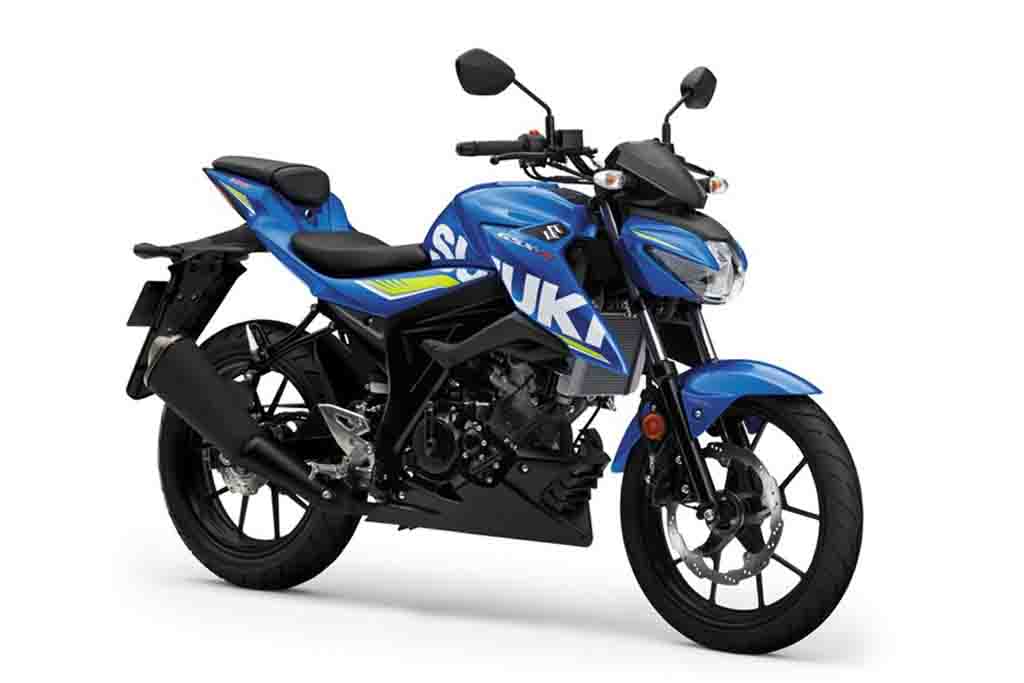 Suzuki GSX-S125 shares chassis and engine with GSX-R125, which was showcased at Intermot 2016

Suzuki has just revealed the GSX-S125 at the EICMA 2016 in Milan. It is the naked version of GSX-R125 that was showcased at Intermot 2016, earlier this year in October. The Suzuki GSX-S125 comes as more aggressive compared to the GSX-R125 and the former model shares chassis and engine with latter one.

The bike sports an unique looking wide and sharp LED headlamp, high mounted turn indicators, sharp side panels, fully digital instrument cluster, a muscular fuel tank, split seats and a narrow tail section which gets LED taillight. The bike has been designed keeping aerodynamic efficiency in mind and it will be available in three different colours, which are – Metallic Blue Triton, Solid Black, Stronger Red and Titan Black. The GSX-S125 comes with a compact design and Suzuki claims that, this has the lowest saddle among all the sport bikes in 125cc segment presently available in market, which measures only 785mm. The 133 kg weighing Suzuki GSX-S125 measures 2,020mm in length, 745mm in width, 1,040mm in height and has a ground clearance of 1,300mm. The 11-litre capacity fuel tank ensures a long range.

The bike takes power from a 124.4cc single cylinder, liquid-cooled, four-stroke, four-valve, Euro-IV emission norm compliant engine. The same engine is available in GSX-R125 as well and it is mated to a 6-speed transmission. Power and torque output is yet to be disclosed by the Japanese two-wheeler manufacturer. It comes equipped with electronic fuel injection, electric start system. On braking front, the Suzuki GSX-S125 is equipped with disc brakes on both front and rear wheels. The front wheel gets a 290mm disc and rear sports a 187mm disc brake, while Bosch ABS is standard for the bike. Suspension duty is done by traditional telescopic front fork and monoshock absorber at rear. The bike runs on 17-inch alloy wheels wrapped in Dunlop tubeless tyres. Suzuki is yet to reveal when this bike will be launched and the pricing detail as well.