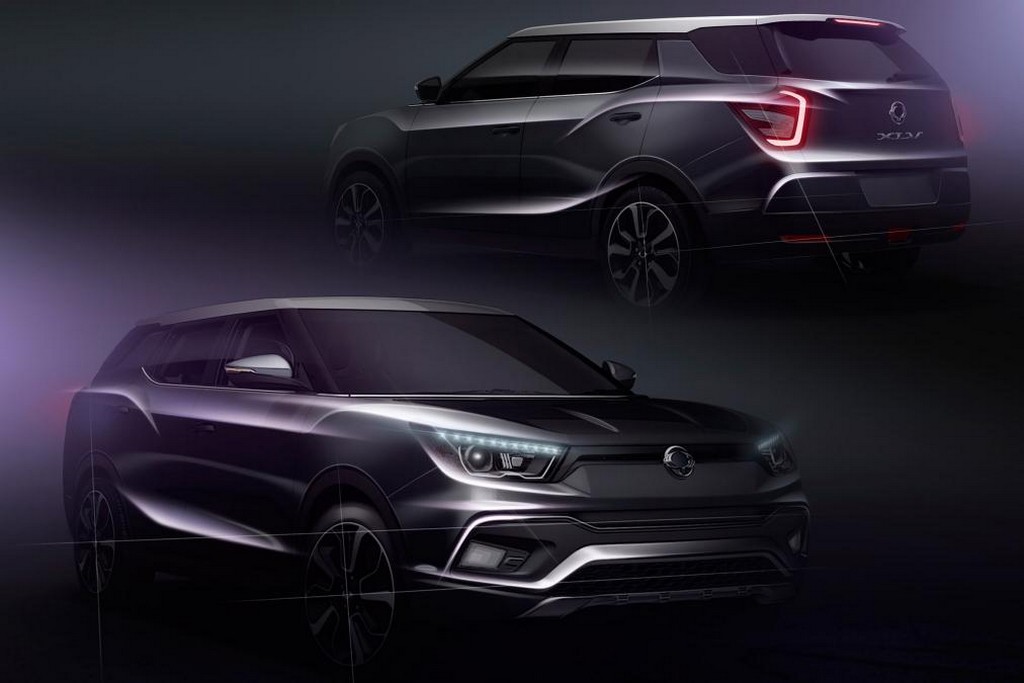 SsangYong Tivoli XLV crossover and SIV-2 concept to debut at 2016 Geneva Motor Show; XLV will be a longer and spacious version of the India-bound Tivoli SUV

Positioned above the Tivoli crossover, recently revealed at the Auto Expo 2016 and bound for India, the all-new SIV-2 concept will be a larger SUV set to be involved in production in the next couple of years. It will follow the footsteps of the SIV concept unveiled at the 2013 Geneva Motor Show.

The fourth largest Korean car manufacturer has said it will trigger a key strategic model within the SsangYong range. Expected to be a direct global rival for Nissan Qashqai, the concept could spawn a five-seater with the same size as the Nissan model to appeal for more premium customers in the growing SUV markets around the globe.
The SIV-2 (Smart Interface Vehicle) concept gets powered by a 48 V mild hybrid system comprising of 1.5-litre direct injection turbo petrol engine hooked up with a 10 kW electric motor receiving power from a 500 Wh lithium-ion battery. It will be based on SsangYong’s design theme whilst featuring lighter bodyshell built on a modular platform adjusted for low centre of gravity to provide better handling. The company owned 70% by Mahindra also divulged that there will be a variety of engine options to be made available for the future with alternative powertrains like hybrid, plug-in hybrid and electric systems. The second debutant at the 2016 Geneva Motor Show in March will be the production version of the XLV model. It is essentially the longer version of the Tivoli crossover with more spacious cabin space. Derived from the XLV Air concept introduced in Frankfurt in 2015, it will boast 235 mm more space extending from C-pillar with similar wheelbase of 2,600 mm. The extension has made way for an extra 297 litres of bootspace with rear seats up. Cosmetically, it will look identical with minor changes at the rear-end. No mechanical modifications would accompany as the 1.6-litre diesel and petrol units mated with either a standard six-speed manual or an optional six-speed automatic gearbox set to continue in the form of two-wheel or four-wheel drives. The extra space at the back could allow for seven-seat configuration as well.