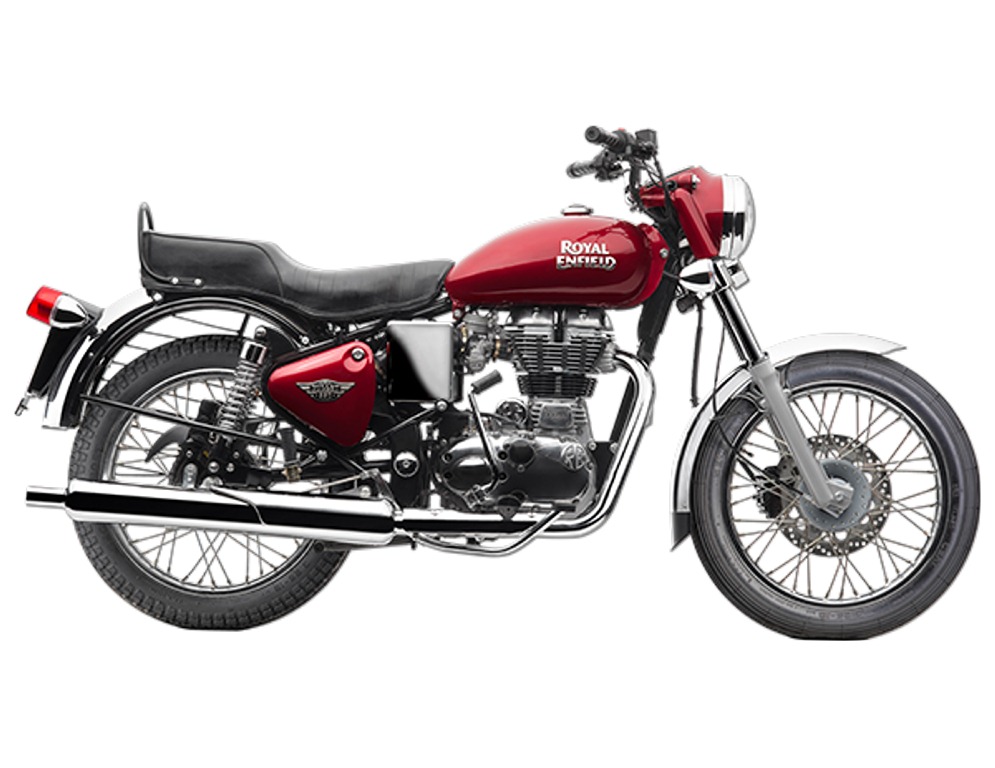 Royal Enfield Bullet Electra 500cc could come at the Auto Expo, Launch will happen in a later stage

As we get near to the Auto Expo there are signs of new vehicles coming into the market. Car and bike manufacturer both work hard to keep secrets for their big day but that doesn’t happen much nowadays. Now, Niche manufacturer Royal Enfield is also upto something. We know we are going to see the new 410cc adventure motorcycles in the market from Royal Enfield in two forms. Even after that we have something more that we will witness.

The Royal Enfield Bullet Electra 500cc will witness change to things such as chrome mudguard, new colours tail lamp, airfilter box mounting along with different tyres and wheels. The 500cc should do just to the chassis and the Electra brand name quite as thumper fans are always excited bigger motor under their command. Powering the Royal Enfield Bullet Electra 500cc will be the familiar 499cc, single-cylinder, Twin-Spark thumper churning out 27 PS of power at 5100 RPM and 40.9 Nm of torque at 3800 RPM. Engine will be teamed to a 5-speed gearbox that will transmit power to the rear wheels. Chassis wise the Royal Enfield Bullet Electra 500cc will have single downtube frame as always and we think suspension will be slightly tuned at both ends. Rear-end should now get gas charged springs with 5 way adjustability.

As of now, the Royal Enfield Bullet Electra is available with a 350cc motor and priced around 1.2 lakhs. Expect the new Royal Enfield Bullet Electra 500cc to be priced around Rs. 1.6-1.7 lakh. Price should be right as it is enough to stay under the new 410cc motorcycles that are set to come and as they will offer more in terms of equipment and style.