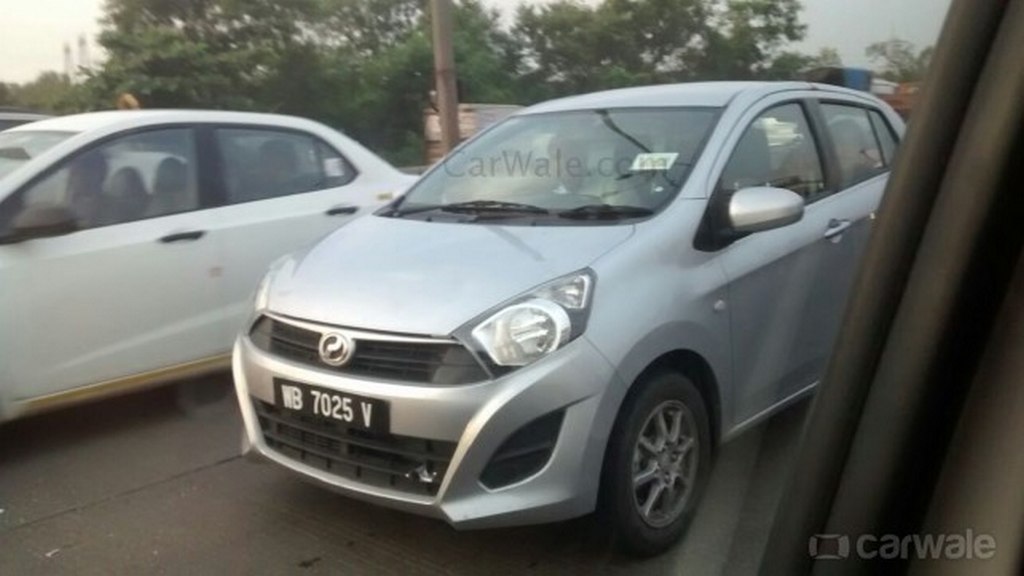 Perodua Axia has been spied testing on Indian roads fueling the speculation that Toyota could be making initial steps to bring in the Daihatsu brand to India. The Japanese small car brand is reported to enter the domestic market in the next two to three years and the Perodua Axia which is based on the Daihatsu Ayla might be setting the basement in terms of tuning platforms and drive setups that adhere to Indian road conditions.

Axia is a small budget car sold in Malaysia that has been snapped running around Mumbai with Malaysian number plates and Carwale said it was equipped with testing equipment. It was the first vehicle to be manufactured at the automaker’s plant near Rawang and its powertrain suggest it could be on paper rival against the likes of Maruti Suzuki Alto, Renault Kwid and Hyundai Eon in the entry-level small car space. It comes powered by an all-aluminium constructed 1.0-litre three-cylinder petrol motor which pumps out 66 bhp maximum power and 90 Nm of peak torque. It is coupled with either a five-speed manual or a four-speed automatic gearbox. The badge-engineered version of the Indonesian-running Daihatsu Ayla could be bought in by rival manufacturers for performance assement as well.

As per rumours, in the beginning, the Daihatsu cars will be introduced under the Toyota badge and they will comprise of latest technologies, modern styling and better equipment. Toyota’s Indian production facilities will be utilised to achieve up to 98 percent parts localisation and the vehicles will be specifically tuned by Daihatsu to adapt to India. Toyota’s brand image will be fully utilised before Daihatsu cars under its own badge enter the market. It will likely be slotted below Toyota much like what’s been happening in Malaysian and Indonesian markets. Though the market entry is still two or three years away, some claims that Daihatsu officials have visited India for vendor enquiry.