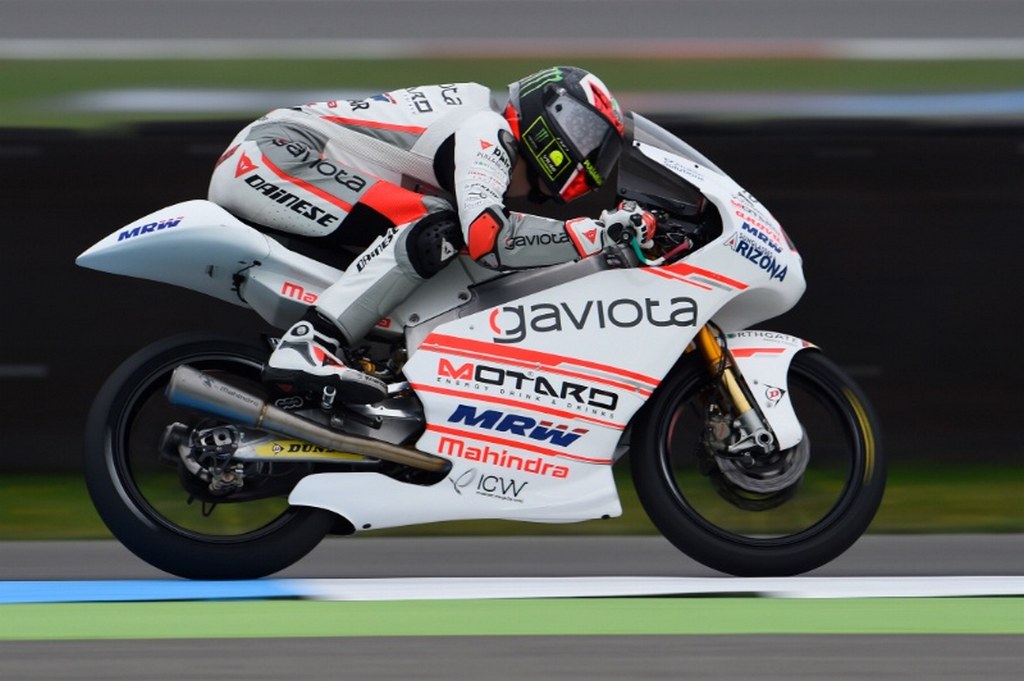 Mahindra Moto3 team has etched its place in MotoGP world championship victor’s history books by claiming a historic win at the Dutch GP. On the back of three podiums in Qatar, Spain and Italy from seven Grands Prix this season, Pecco Bagnaia was looking to redeem himself following retirement at the Catalan GP.

The Dutch TT at Assen circuit is one of the legendary tracks on the MotoGP calendar and to get the maiden constructor win in that particular circuit couldn’t have felt sweeter. The promising 19-year-old from Italy, Bagnaia, fought tooth-and-nail on his way to clinching his first premiere 250 cc class victory as well. The Aspar Mahindra Team had to make do with a 14-way tussle in the beginning and Francesco or Pecco Bagnaia took the chequered flag in style as only four hundredths of a second separated the top three and the top six by just 0.2 second. The Indian constructor’s MGP30 ridden by Bagnaia was placed tenth on the grid in Saturday’s qualifying.

The 22 lap race unfolded in emphatic manner as wheel-to-wheel, fairing-tapping, late-braking Grand Prix put the spectators and TV viewers at the edge of their seats. Following the rapid lead changes when the lights went green, the front six pulled clear of the rest and in the final corners of the final lap, it went down to the wire. Out of the cleanest slipstream, Bagnaia edged past his rivals over the finish line and reigned supreme. The top five was covered by Italians riders with Andrea Migno coming home second before relegated by a spot to third as he exceeded track limits – elevating Fabio Di Giannantonio of Gresini Racing Moto3 Honda team to the second step of the podium. With Brad Binder continues to lead the way in the drivers’ race, Pecco Bagnaia is currently positioned fourth in the standings.

Mahindra and Aspar team have persistently developed the Moto 3 bike from their facility in Italy and that reaped benefits. The Indian brand also supplies an official Peugeot Motocycles derivative of the MGP3O to the factory Peugeot MC Saxoprint Team.
Image Source: https://twitter.com/PeccoBagnaia