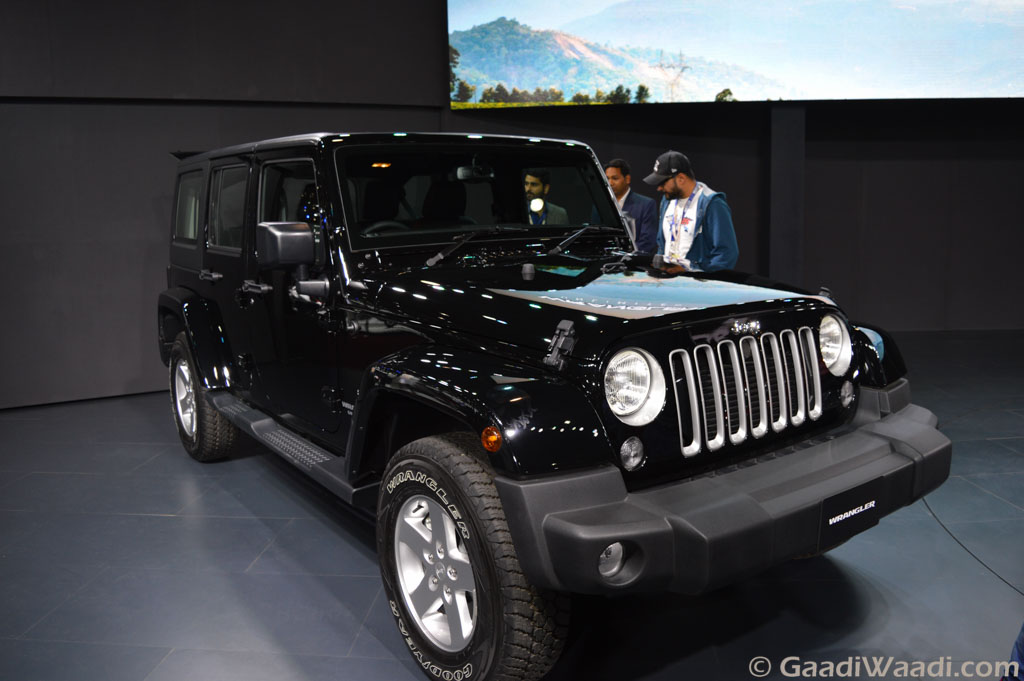 The company will be betting on its entry-level SUV, the Wrangler Unlimited to get the volumes rolling. The 2016 Wrangler Unlimited would be powered by a 2.8-litre diesel engine that produces 197 hp and 460 Nm and comes mated with a five-speed automatic gearbox. The engine will be more than enough to make the Wrangler most powerful SUV among its competitors. The off-roading American brand is speculated to establish dealerships in Mumbai and Pune initially and the models are more likely to be sold via CBU route before rolled out of the firm’s Ranjangaon plant with a a C-segment SUV slated for production later.

The regular Jeep Wrangler which sports a 3.6-litre Pentastar V6 petrol engine generating 285PS of power and 352Nm of torque may make its way to the country if the volumes for the brand pick up. But expecting the launch of the same in near future seems highly unlikely. The Sahara variant of the Wrangler Unlimited will be the one on offer in India.

The classic Jeep looks will bring back many fond memories to the brand lovers. The SUV will be a 5-seater and will be sold through select Fiat dealerships across the country. The brand has quite the cult status and how it translates into real-world sales is something which remains to be seen. Now the much awaited SUV is finally here, we are quite excited about it. How about you?