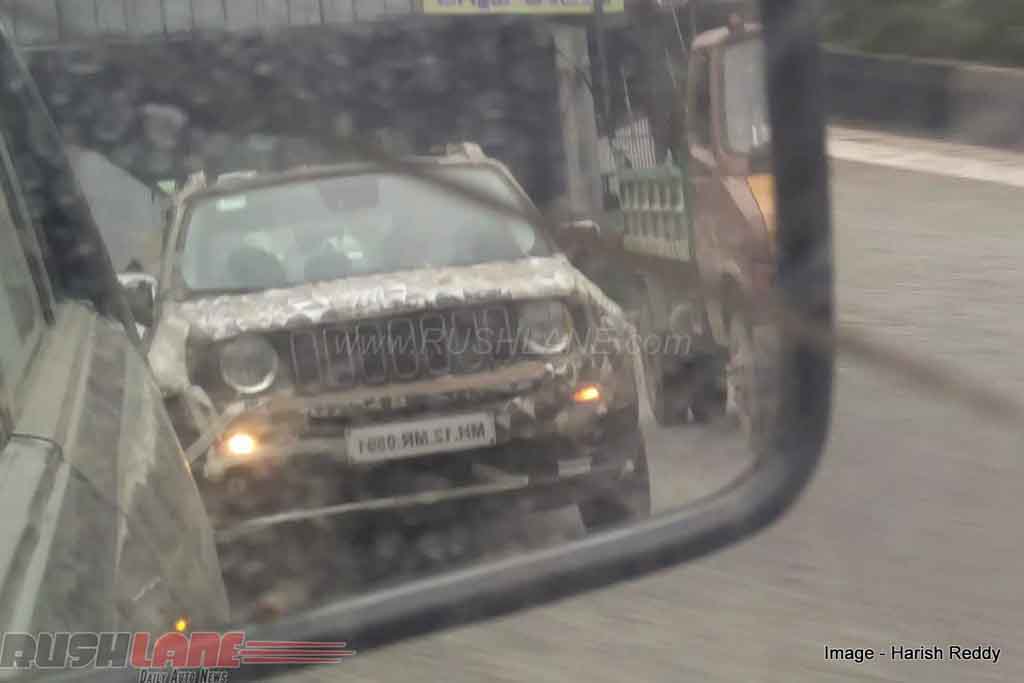 Jeep Renegade might not be coming to India anytime soon, but the American SUV maker has been testing the small SUV ion the Indian roads for quite some time. Recently, the Renegade has been spied testing again in Bangalore, right after the brand officially entered the Indian market. The company has launched the Wrangler, Grand Cherokee and SRT, but the Renegade is considered to be too small for the country and too expensive as well.

Despite the launch of the Jeep Wrangler, Grand Cherokee and SRT, the FCA also plans to manufacture some other Jeep models in the country. These cars will be based on the Small Wide platform of the company, which is shared by the Renegade. Therefore testing the renegade gives the American SUV maker a chance to test the platform in Indian conditions. The other models which will use the same platform include Jeep B and C SUVs. The jeep B and C SUVs are under development with the name of project 551 and 556 in Brazil and US. Jeep B SUV will be launched in India sometime later, and it will be taking on the much affordable and popular compact SUVs like Ford EcoSport and Hyundai Creta, while the C SUV will be positioned a bit higher and will lock horn against rival like Honda CR-V.