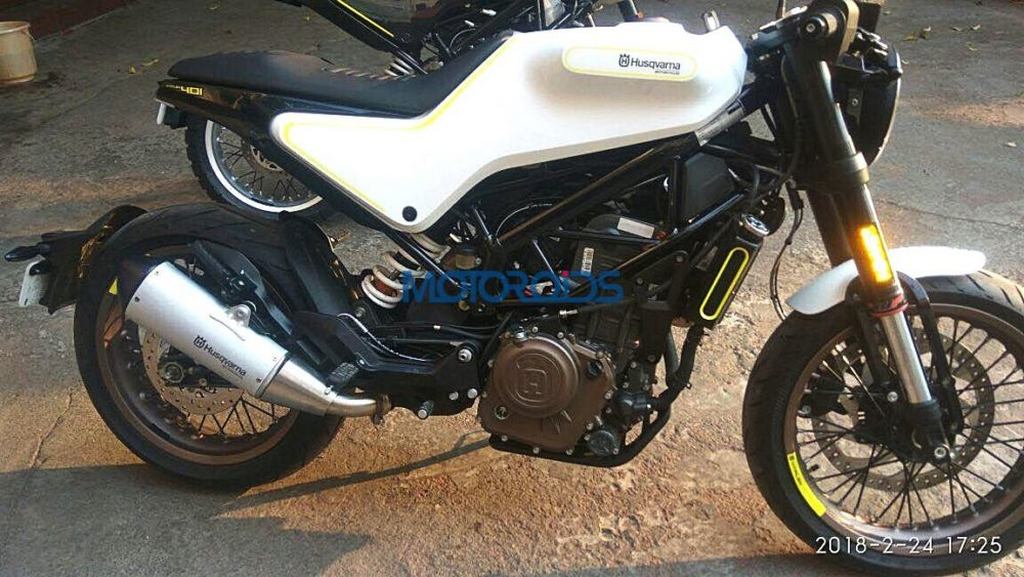 Husqvarna Vitpilen 401 is a neo-retro motorcycle that could launch this year in India; based on and share several components with KTM Duke 390

When Swedish bike manufacturer Husqvarna unveiled the production version of Vitpilen 401 at the EICMA 2016 in Milan, it grabbed everyone’s attention in the industry. The unique looking neo-retro designed motorcycle comes very much similar to the concept model showcased two years ago. This motorcycle is based on the KTM Duke 390, which is a very popular model among the high-performance bike enthusiasts worldwide. Also, it shares several components with the Austrian model.

India is one of the fastest growing motorcycle markets in the world. Several major global bike-makers are trying to grab a good share in the country’s two-wheeler market. In recent times, demands and preferences of Indian customers have changed rapidly. The customers in the domestic market are showing more and more interest toward the premium models than simple mundane commuters. This changing trend has prompted the brands to introduce several attractive, sporty and high-performance premium models. In partnership with Bajaj Auto, the Austrian company KTM has received success in the Indian market. Now, the company is preparing to introduce the Husqvarna brand in the country. If rumors are true, we will see the Husqvarna Vitpilen 401 being produced in India and launching here sooner than anticipated.

Further fueling the nearing launch is the repeated spotting of Vitpilen 401 and Svartpilen 401’s undisguised prototypes locally. No wonder, this unique looking motorcycle will bring a fresh niche in the country’s motorcycle market. Before the model launches in the country, let’s take a look at the so-far known details of the Husqvarna Vitpilen 401: The specific launch details of Husqvarna Vitpilen 401 are yet to be disclosed, but it is expected to arrive in India sometime later this year or most likely in 2019.

The Husqvarna Vitpilen 401 will be manufactured in India. It will be produced alongside the KTM bikes at Bajaj Auto’s Chakan plant near Pune. With the local production, the company will be able to keep its pricing competitively but it will come with a noticeable premium over the Duke 390. Expect this motorcycle to be priced between Rs. 2.5 lakh and Rs. 2.75 lakh (ex-showroom, New Delhi). The Husqvarna Vitpilen 401 is powered by the same 373.2 cc single-cylinder, liquid-cooled, four-stroke engine, which is also available in the KTM Duke 390. This high performance engine is capable to churn out 43 bhp of peak power at 9,500 rpm and 37 Nm of peak torque at 7,200 rpm. The Husqvarna Vitpilen 401 could come with similar fuel efficiency like the Austrian model. Transmission duty in this motorcycle is done by a 6-speed gearbox. It is likely to come with a top speed of 160 kmph. 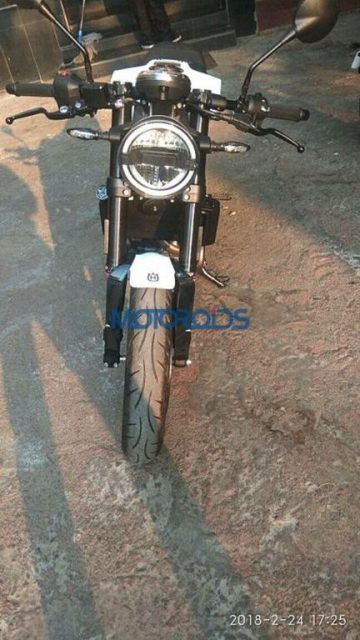 The Husqvarna Vitpilen 401 is based on the same steel trellis frame, on which the KTM Duke 390 is built. Speaking about the motorcycle’s design, Husqvarna claims it has been inspired by retro café racer style. It sports a clean and minimal appearance, which actually helps the motorcycle to become more unique looking and attractive. It has been built with close similarity to the concept model, which was displayed two years ago. The Husqvarna Vitpilen 401 will have an unique place in the market considering that the RE Continental GT has already been discontinued.