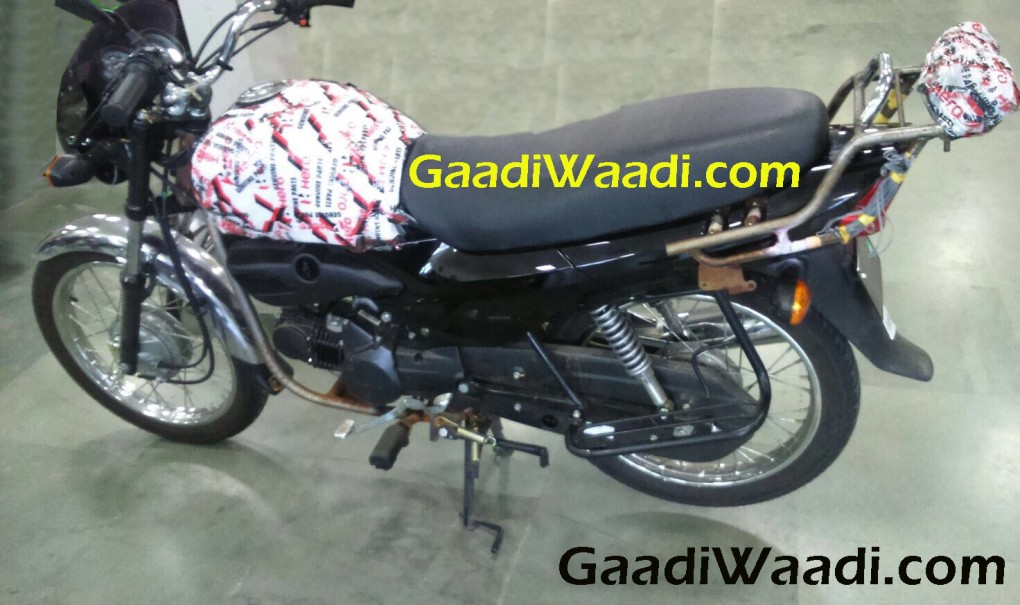 Hero Dawn 125cc will be the cheapest 125cc motorcycle in country, Likely for rural & export market only

Hero is surely going to be the one who is going to celebrate a noiseless Diwali this time, in the year 2015. Last year it made all the announcements in the world that it will be launching 15 products and now it does want to do the same. However, that does not stop spying from happening around. We just got our hands on the pictures of Hero Dawn 125cc, all new and the latest offering from Hero.

Hero Dawn as the name suggest is a 125cc motorcycle, which could get the engine from Hero Glamour. Producing around 9.1 BHP and 10.35 Nm of torque from its engine and being on the lighter side when it comes kerb weight could offer more of everything such as mileage and performance. Glamour has a notorious image of being on the heavy side at 129 kg. Dawn 125cc engine could be retuned as well to deliver more torque and more mileage with a reduction in horsepower. The Hero Dawn 125cc will have round headlights, luggage carriers, spoke wheels and simply styling and devoid of anything fancy cosmetically. Coming to the actual spy image, the meters are plain as vanilla and show the name embedded into them. Solitary indicators also make it to this low cost Hero Dawn 125cc bike, which seems a good move.

Headlight cowl is visible and it could have a round headlight as well like other Dawn motorcycles. The tank is heavily camouflaged, but we think that’s the key element, which distinguishes it from the Glamour that it based on. We can see parts from Glamour on the Dawn 125 such as the same tail-piece and side cowl. Hero Dawn 125cc will also come with foot rests on both sides for carrying luggage as standard. HF series has been silently doing its job and has been the top 10 selling motorcycles for a long time after Passion and Splendor. We have also told you before that the Dawn is the new Splendor for Hero as the latest upgrades suggest when it comes borrowing cycle parts. Let’s wait and see how Hero prices it and when it plans to launch this sales blockbuster.