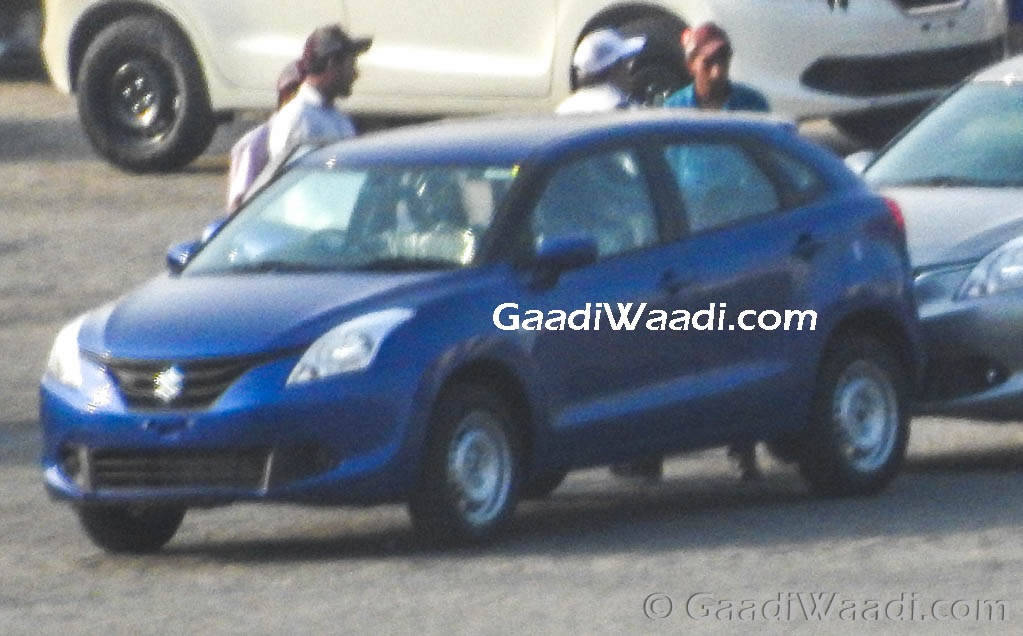 Maruti Baleno Sigma variant gets the grille, we told in an exclusive scoop, but its devoid of the chrome

Maruti Baleno launch is just around the corner and it has to be the most anticipated and spied cars of all time. The Maruti Baleno has been spied in all colors and trims and even specification and variants have leaked as to which variant will get what kind of and what number of equipment. Maruti, as always, is smart when it comes parting equipment in all variants and doesn’t disappoint much. As always the changes are more about cosmetic than mechanically or feature wise. This has resulted in a change of grill at the front.

Remember when we told you that the YRA aka Baleno will be getting a two slat grill despite the mesh honey comb grill it has now. Well, we all thought it would go for export market, but turns out to be it will be coming in the base variant. Something that we told a couple of months back. Maruti Baleno Sigma Variant is getting two slat grill and is devoid of the chrome that was in the rendering picture. The two slats grille was caught patented by foreign media as well and will heading there with chrome most likely. Maruti Baleno Sigma Variant is devoid of the rear wiper and has steel wheels that will come with dust covers on them to make them appealing. Maruti has done a good job of giving 15-inch steel wheels instead of 14 despite the fact that the Baleno top-end variant comes with 16-inch wheels.

However, the list shows below what all equipment the Baleno will be getting with the Sigma variant. Details are coming in from Maruti saying that the car is the lighest in the segment with weight tipping at 850-875 kgs for the petrol and 950-975 for the diesel. 75 BHP diesel and 85 BHP petrol with 1.3 and 1.2 l engines respectively are coming to the bay of Baleno.