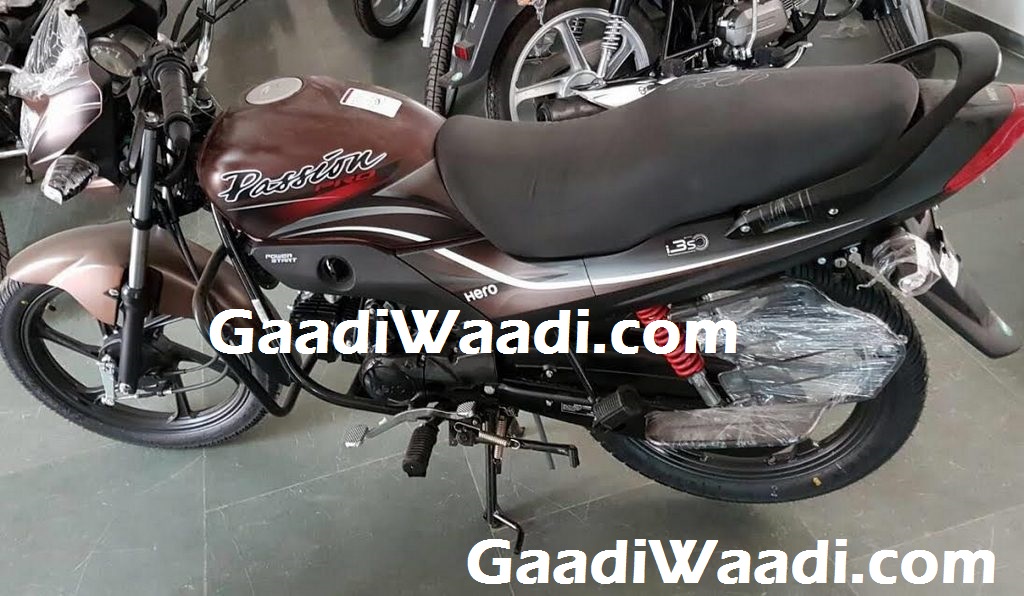 Hero launched the Passion brand in the early stages of last decade and has enjoy plenty of success in terms of sales numbers. The Passion series can regularly be found in the top four of the biggest selling motorcycles in the country monthly and it comes in three variants namely Passion Pro, Passion XPro and Passion Pro TR. The latter is dedicated for long-distance travel with a bit of off-roading capabilities while the Pro and XPro are solely for commuting on daily basis.

Of the three, the XPro comes with the most powerful engine, a 110 cc unit, while the others are strapped with a tried and tested 97 cc single-cylinder motor. Hero launched the iSmart Splendor 110cc communter recently which was the first fully in-house built motorcycle courtesy of the R&D team at Hero Centre of Innovation and Technology in Jaipur and its engine was said to play a significant role in the expansion process in the affordable commuter segment in which Hero has a whopping over 65 per cent market share. By the looks of things, the Passion Pro will come equipped with the iSmart technology very soon ans here’s what we know so far that vehicle: Hero MotoCorp, the leading two-wheeler manufacturer in the country, is expected to launch the Passion iSmart in the domestic market on 26th September ahead of the festive season. Eyeing more sales during that particular time, Hero has a slew of products lined up in the commuter segment.

The Hero Passion iSmart is likely to be priced a few thousands above the current Passion Pro. The ex-showroom price of the fully-equipped Passion Pro motorcycle is at around Rs. 53,000 and therefore expect in the vicinity of Rs. 56,000-58,000 for the iSmart equipped Passion.

This iSmart technology helps in saving fuel and therefore emitting less pollutant to the environment. The technology enables the motorcycle’s engine to shut down automatically when the motorcycle is in idle mode. The engine can be switched on with the pressing of the clutch instantly. The home grown brand has already started dispatching the Passion Pro iSmart to the dealerships ahead of the launch. As part of expanding the freshly developed TOD (Torque On Demand) engine with the start-stop technology, Hero will be introducing the same engine on the Passion as well. The air-cooled, single-cylinder, four-stroke 110cc engine, with patented i3S technology, is capable of delivering a maximum power output of 8.9 bhp at 7,500 rpm and 9 Nm of peak torque at 5,500 rpm. The BS-IV complaint engine should be capable of returning an overall mileage of 65-70 km per litre. The motor comes connected with a four-speed constant mesh gearbox. The iSmart equipped Hero Passion won’t likely have changes to its proportions. Thus, it could measure an overall length of 1,980 mm, 725 mm in width, 1,075 mm in height and features a wheelbase of 1,235 mm. Built on tubular double cradle frame chassis, the ground clearance stands at 165 mm along with seat height of 795 mm.

Hero will be sticking by the stylish graphics currently being offered with the Passion range with funky decals that well and truly differentiate it from its rivals. The bike we spotted in the dealership was wearing a matte brown colour which is exactly the same livery you could find in sandard Passion Pro. As you can see from the undisguised picture, the symmetric beam headlamp could come with AHO (Auto Headlamp On) feature as in the Splendor iSmart. The important features will be digital analog combo metre console, side stand indicator, smooth flowing body lines, six-spoke wheels, switch gears from the Hero’s commuter parts bin, ride-friendly handlebar, body coloured mirrors, side cowl, etc.