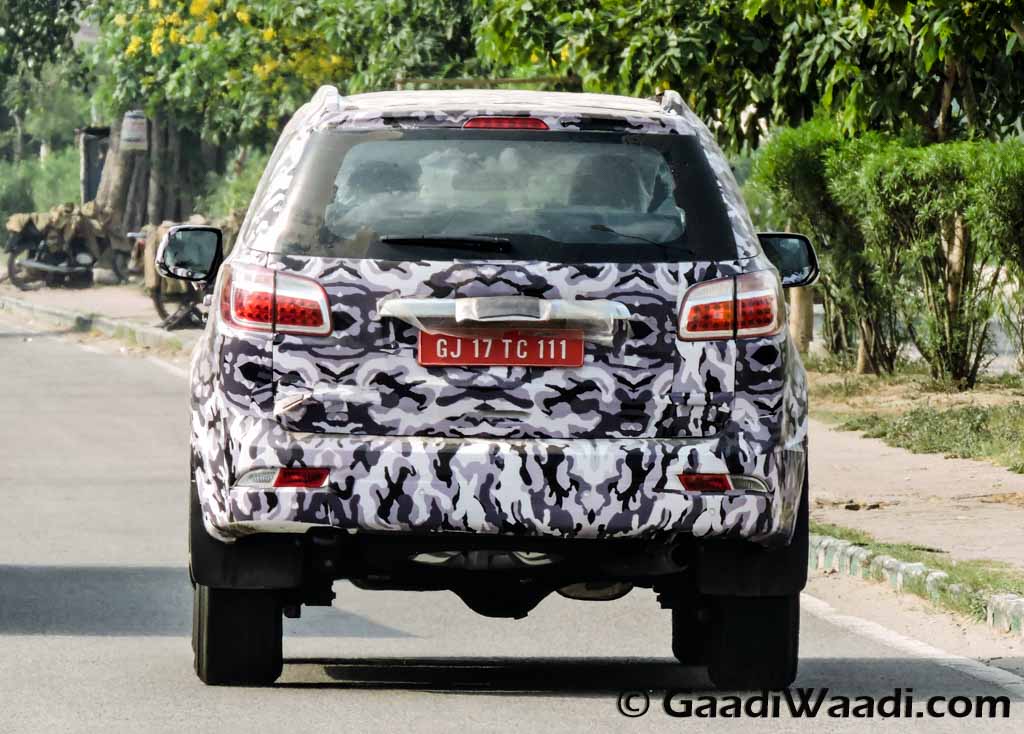 The Indians love their SUVs and the automobile manufacturers know that. This is precisely the reason why the likes of Fortuner have a high demand in the country and even luxury car manufacturers get a strong response for their SUVs.

Chevrolet, the American car manufacturer which has been struggling for a while in the country and is depending upon its future products to help it gain back its lost ground. Chevrolet Trailblazer, the company’s Rs 20-25 lakh SUV offering is due for a launch later this and it has just been caught on test by us. As it can be seen, Chevrolet Trailblazer caught on test had a complete camouflage and the one we saw was probably the top end variant. The rear features LED tail lamps and the front will come shod with projector headlamps. There will be an option of a 2.5-litre diesel motor along a 2.8-litre diesel motor. The former churns out 150 Bhp of maximum power and 350 Nm of peak torque. The latter has a power output 180 Bhp with the peak torque on offer being 470 Nm. There is V6 on offer internationally but we doubt if that will make its way to Indian version of Chevrolet Trailblazer. The engines in India will come mated to a 6-speed automatic transmission and will feature 2WD and 4WD variants. Toyota Fortuner, upcoming Ford Endeavour and the Hyundai Santa Fe will be its main rivals when it launches in the country. Expect it to be priced in the Rs 20-25 lakhs price bracket.

Initially it will come to us via the CBU route and Chevrolet may consider bringing it via the CKD route in future.