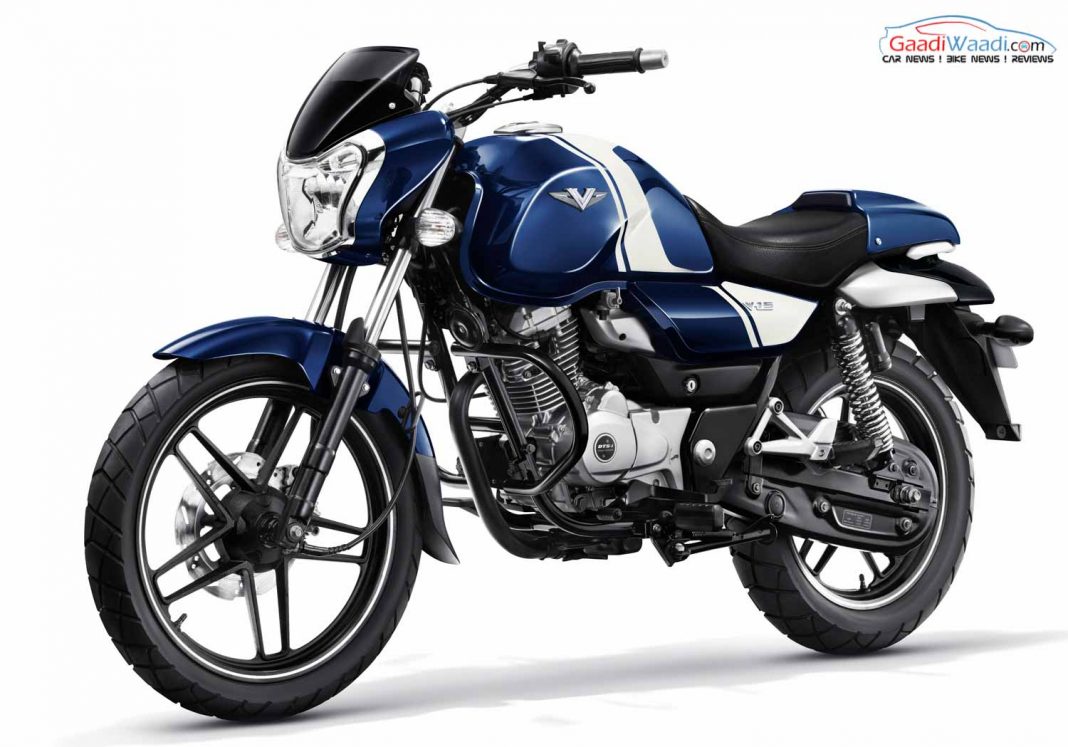 Bajaj launched the V15, part cruiser come cafe racer, in the February last year. The well-advertised motorcycle has been an instant hit in the domestic market as it opened a new segment in the affordable space. With the tried and tested engine, a good mechanical package and alluring styling, the V15 has gathered sales in aplenty and since the launch it has set a new milestone as over two lakh units are delivered so far. Bajaj has added Ocean Blue colour to further substantiate the sales.

Although being a new product, it does share existing platform and that is why it does turn out to be something very unique yet carrying a value for money price tag. The Bajaj V15 has to be the most patriotic product ever in the country and the whole of automotive industry. The company has used the metal from the INS Vikrant, which is India’s first and iconic warship till date. The styling is somewhere between a motorcycle and a cruiser, which makes it look a ‘scrambler-inspired’ to an extent.

The home-grown two-wheeler manufacturer has been offering differentiation in every aspect. Pulsar started the affordable sports bike segment, Avenger was the next motorcycle which brought, matured speed and thrill to the package. CT100 was the next big product and its offering was an extreme value for money quotient.

Bajaj says that the customer’s demands are met with a solid and dynamically accomplished motorcycle with strong and sturdier stance. The bike needed to be unique in a completely different way and this is where the Bajaj V15 fits the bill.

Bajaj V creates its own segment with this new motorcycle. The new motorcycle comes in a category called the ‘solid’ commuter segment. The tagline is ‘The Invincible’. The motorcycle Bajaj V15 is the extremely mature motorcycle in terms of styling and reminds of the cruisers. The styling is the right balance of modern, very muscular and takes the shape and size from military vehicle of the current and past era. The tail lamp is very similar to the Hayabusa and Cruisers of the past. The fuel tank cap is very different and has the INS Vikrant logo that we have seen in the promos. The instrument cluster has fuel gauge which is green in color when the tank is full and when it is empty, it turns red.

Mechanically, the suspension is 33m front fork, 18-inch wheel at the front with 90×90 section tyre and 16-inch wheel at the rear with a 120×80 section. The chassis is the similar double cradle frame seen on the current Pulsar. The rear shock is gas charged. The motorcycle gets new alloy wheels, fatter tyres slapped on it. Features wise the motorcycle gets a removable rear seat cowl like a superbike. If there is no pillion, the bike can be just a single seater and it’s removed by the use of the key and has unknown amount of INS Vikrant metal.