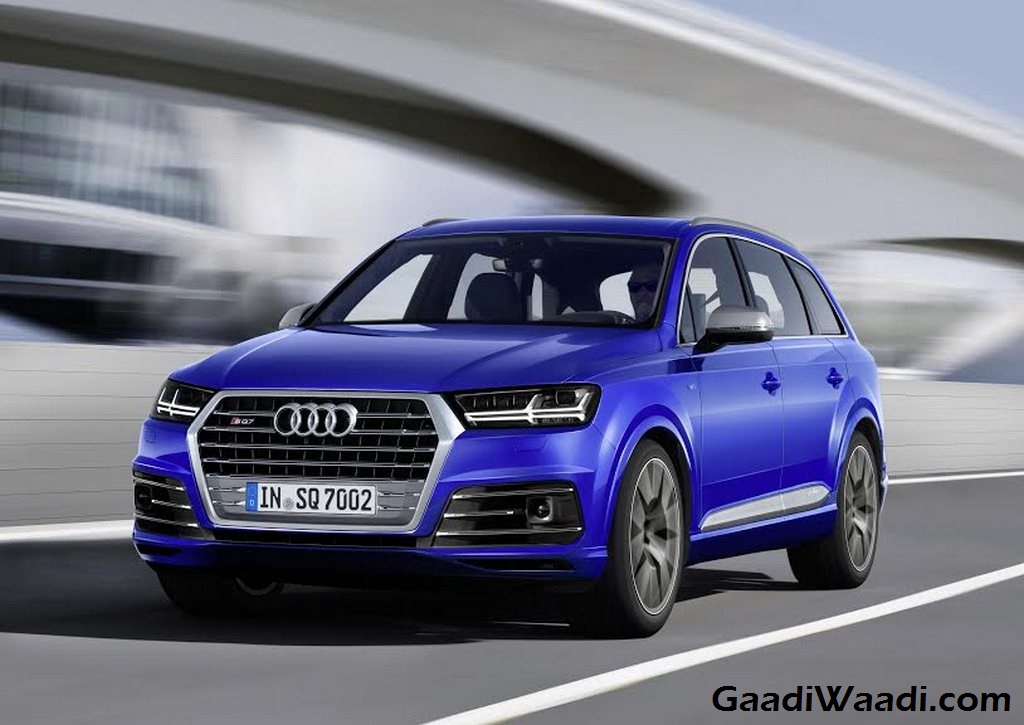 German luxury automaker Audi is planning to phase out the V8 engines. The latest generation of V8 engine which works under the hood of Audi SQ7 is the last, as reports suggest. The automaker is planning to focus on electric powertrains to produce more environment friendly cars in future. By the end of 2025 Audi plans to shift 25% – 35% of its fleet to the electric powertrain from conventional fossil fuel.

Audi’s latest generation of V8 engine debuted in the SQ8, which is bound to launch in India later this year. The 4.0 litre V8 engine churns out 429 bhp of peak power and enormous 900 Nm of peak torque. The engine kicks out enough power for SQ7 to accelerate 0 – 100 kmph in just 4.8 seconds with a top speed of 250 kmph. The same latest generation V8 engine will be available in new Audi A8 and the upcoming Audi Q8 flagship SUV. Apart from that the standard Audi R8 coupe also comes powered by a V8 engine, not the latest one though. This one is a 5.2 litre V8 unit which pumps out 532 bhp of peak power and 540 Nm of peak torque. It can reach 0 – 100 kmph in 3.5 seconds. The German luxury auto manufacturer is also said to be focusing on petrol powertrains than diesel. It will shift towards the petrol versions of V8, which will be used in Audi, Bentley and Porsche vehicles. As Audi states, investing in another V8 engine alongside the electric batteries will enhance the cost. To utilize the money properly and to minimize the cost the company has planned not to produce anymore V8 diesel. The reports also suggest, that the latest generation V8 engine will work in the new generation Porsche Panamera. Not only the Audi, but several automakers around the globe are depending more and more on electric powertrains for extra power and performance. Take the case of Volvo, which has been making four cylinder engines and combing them with an electric battery pack. Together this hybrid powertrain offers plenty of power and superior performance as well.