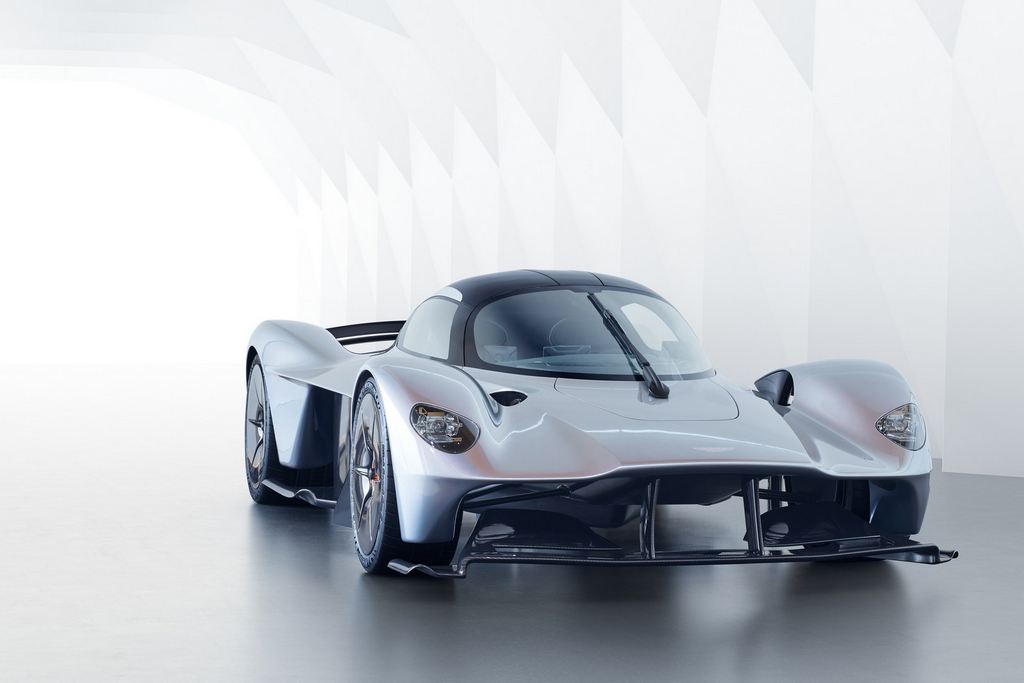 Aston Martin revealed the AM-RB 001 hypercar developed in partnership with the iconic Formula 1 designer Adrian Newey and Red Bull Advanced Technologies earlier last year and it made its first public appearance at the Canadian International Auto Show in Toronto before enthralling spectators at the 2017 Geneva Motor Show. It’s the brainchild of Newey and chief creative officer of Aston Martin, Marek Reichman as they vowed to create a practical road car that functions like no other on race track.

Aston Martin announced that the production-spec AM-RB 001 will be called as Valkyrie, taken from Norse mythology. With all 150 units already assigned for respective takers, they will be manufactured at the British brand’s HQ base in Gaydon, Warwickshire. There will also be 25 track-dedicated versions that are said to be developed currently as well. 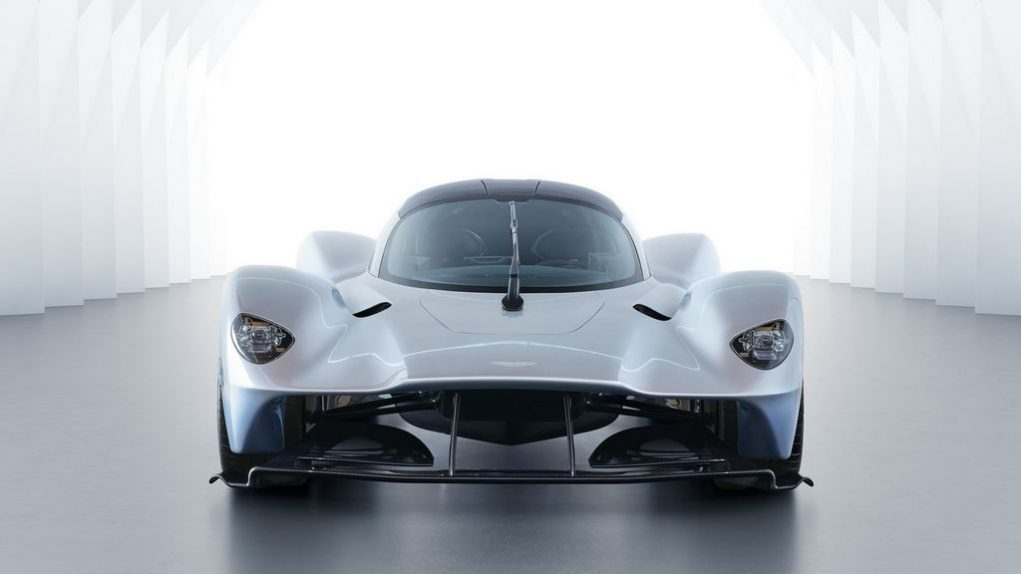 In short, the Valkyrie will have performance figures similar to the LMP1 (Le Mans Prototype) race cars – the most technically and aerodynamically advanced prototype sportscars today. If you want to know more about the breathtaking racers, try watching WEC (World Endurance Championship). The Aston Martin and Red Bull synergy was first announced prior to the start of the 2016 F1 season as AM’s CEO Dr Andy Palmer took to Twitter saying, the hypercar would be faster than an F1 car around Silverstone race circuit.

Can you believe it? Yes we can considering the technical brilliance involved in the collaboration. It is said to have radical aerodynamics with never-before-seen levels of downforce. With the involvement of Newey who famously built some of the most downforce-obsessed F1 cars like the Red Bull machines dominated the world arena between 2010 and 2013 with Sebastian Vettel, it’s hard to bet against their claim. 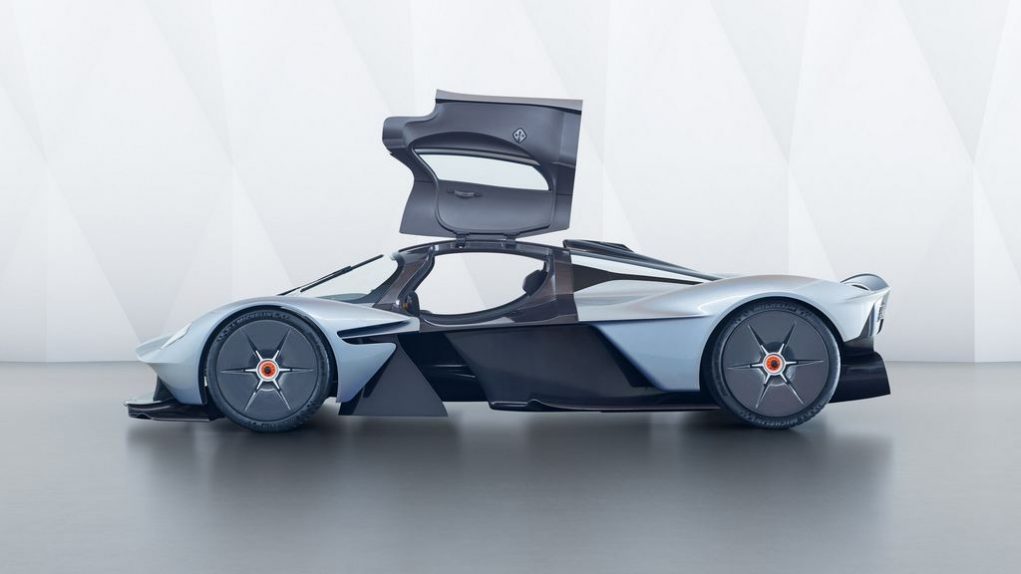 Newey is a genius in extracting downforce with a given set of regulations but when he’s given the technical freedom, we couldn’t possibly think of what goes in the Briton’s mind. His influence means the downforce generation will be mostly from the underbody, the lingering past of the active aerodynamics on Nigel Mansell’s championship winning 1992 Williams FW 14B, will send shivers to the established sportscar makers apparently.

The body of the Valkyrie is unmistakably made of lightweight carbonfibre material as revealed. As further technical specifications eagerly anticipated will be unfolded in the future, what we know so far is that the engine packaging will be aggressively mounted in the middle for low centre of gravity and even weight distribution. It will also pack a KERS-style hybrid assist that will help deliver approx. 1,130 horsepower – strapped to a rather thoroughbred naturally-aspirated 6.5L V12 motor developed by none other than the legendary Cosworth brand. The power to weight ratio will be kept at 1:1, I’m no bluffing here this is from Aston’s official statement. 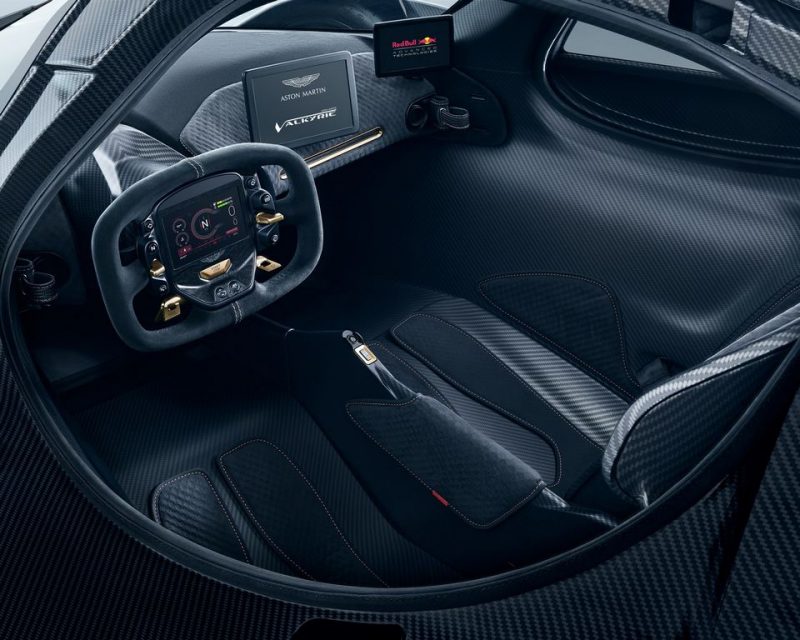 So a car having as low a power-to-weight ratio as the Aerial Atom will be strapped with a V12 engine; that’s at the edge of extremity and violently bonkers. It will feature a bespoke suspension and transmission systems designed and developed specially by Red Bull Advanced Technologies which has F1 expertise written all over it. The top speed is claimed at 402 kmph while it can do 0-100 kmph in under three seconds. Topping the tech specs is a F1 styled energy recovery system with batteries supplied by Rimac.

The images will explain you of the silky smooth flow chosen for the bodywork with a teardrop design and the iconic powered gullwing doors but what Newey and Marek Reichman will have as the biggest of challenges is how to incorporate the signature Aston Martin design in their dream of a one tonne hypercar.