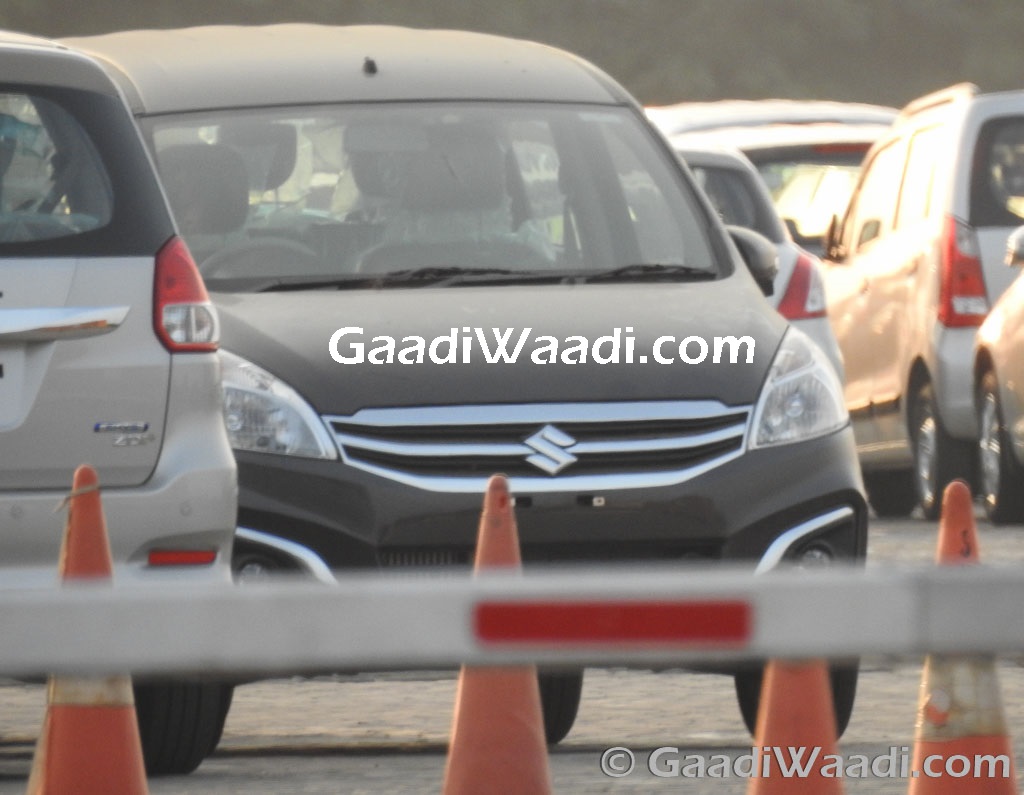 After launching it in multiply companies and being spied since one year, the Maruti Suzuki is all set for launch in the third week of October as we reported months before. We got some more information about the Indian specific car that has been spotted.

Yes, despite same car is sold in many countries, India specific changes do exist and they are very minimum, when it comes to cosmetic and mechanical changes. When it comes to cosmetic changes, the 2016 Maruti Ertiga ZDI+ SHVS gets different looking alloy wheels than the international version which looks very cool indeed. The 2016 Maruti Ertiga ZDI+ SHVS is also devoid of the plastic reflector that was seen beside the tail-lights in the Indonesian version. However, there are things that haven’t changed from the international version when compared to the Indian version. The front with heavy use of chrome on the grill which has three slats is still here. The fog lamp surroundings get brushed aluminum finish just like the Swift, but they are upside down when compared to Swift siblings, but identical to what the actual thing is. Engine wise as we told exclusively before the Ertiga is set to get petrol-automatic gearbox that is seen on the Dzire. Interiors are set to get Smartplay, start-stop button, steering mounted controls and changes to upholstery

The engine will be the 1.4 petrol K-Series engine which should roughly the same horsepower and torque. However, it will be tuned for efficiency to deliver more mileage in the manual version and except the petrol to be efficient as well. Diesel is the SHVS mild hybrid diesel seen in the Ciaz first, is making its way to the car too.